How to seize opportunities to lead as an individual contributor 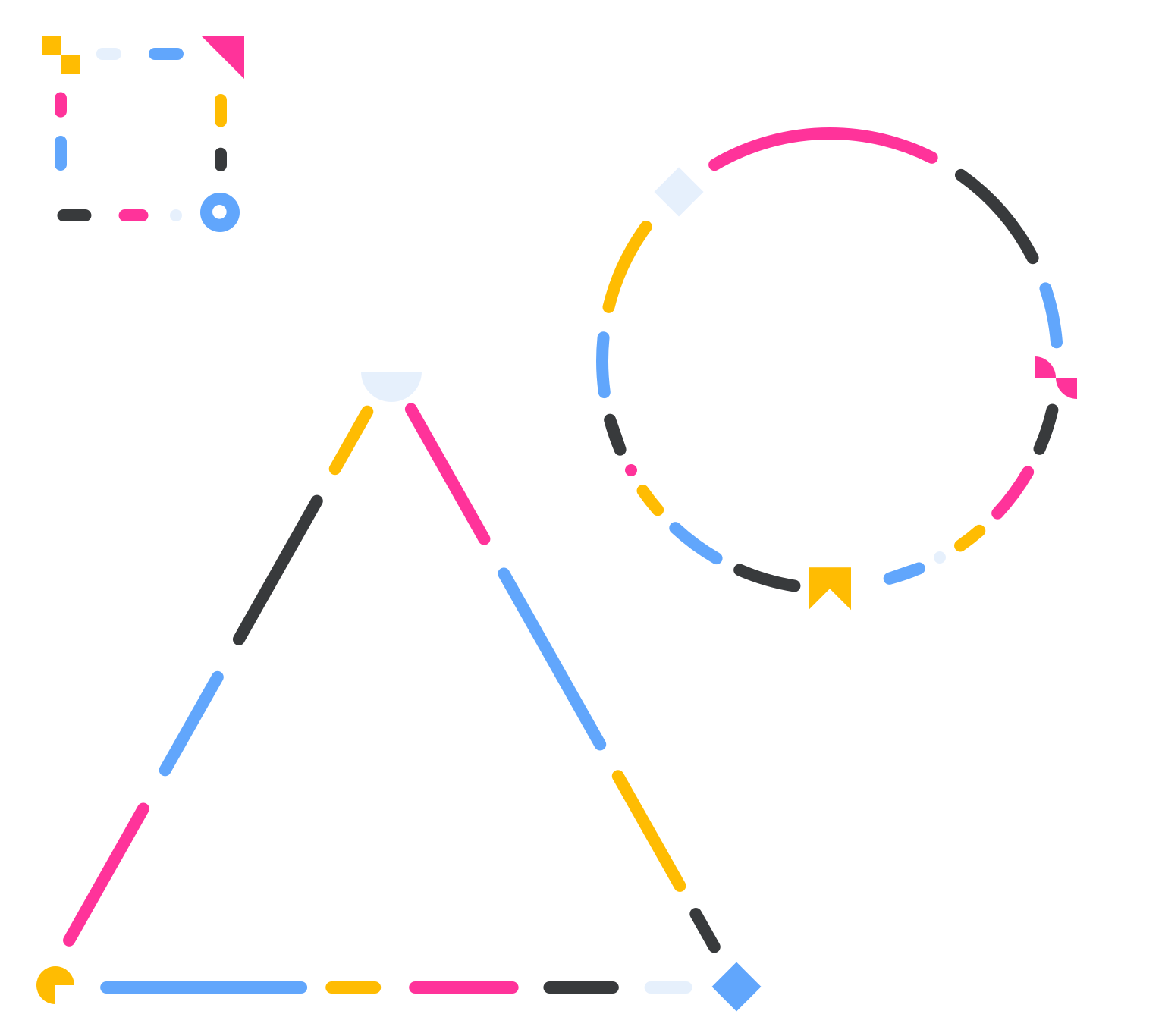 Suzanne Holloway is the Director of Demand Generation and Growth Marketing at Miro.

When Suzanne Holloway figured out she wanted to run her own marketing team, there was just one problem — she had never managed anyone before.

A quick scroll through the earliest positions on her resume show a number of roles with the word "manager" in the title, but every promotion took her to the exact same place.

"I was always the manager of a one-person team, so I was just managing myself," says Suzanne, now the Director of Demand Gen and Growth Marketing at Miro. “I would be a domain manager, or a function manager, but not necessarily a people manager, and that was the path I wanted to get on.”

In early 2015, she was at Greenhouse, managing yet another one-person inbound marketing team when she got the idea to become what she now calls a "player-coach." When a new, entry-level marketing coordinator named Casey Marshall joined her team, she saw an opportunity. Even as Suzanne continued her work as an individual contributor, she also took Casey under her wing.

Young marketers with management aspirations should always be on the lookout for opportunities to mentor and advocate for their co-workers, according to Suzanne. In addition to it being “just the right thing to do,” she says early exposure to any form of leadership can go farther toward career advancement than simply being a top performer in everyday duties. Sure enough, Barbra Gago, then Greenhouse’s CMO, took notice of Suzanne’s coaching abilities and expanded her role to include more formalized management duties.

“Before you’re a manager, you’re going to be somebody’s coach and somebody’s mentor. That’s what your company will look for before promoting you into a leadership role,” Suzanne says. “I figured out early on that just being a strong individual contributor isn't the same as showing management skills. If you want to manage, you need to seek out ways to develop those skillsets and show other ways where you can add value.”

"You’re not going to break it"

The companies Suzanne has worked for have gone a long way in informing her approach to leadership. After graduating from the University of Virginia, she spent a year teaching English in the Dominican Republic. She moved to San Francisco in 2011 and took her first job in marketing with an education technology startup called Top Hat. There, she was asked to lead her first "department of one," heading up the company’s content marketing and, later, inbound marketing programs.

For Suzanne, it was important to start her career in a vertical with which she already had some familiarity. Top Hat is teaching app for higher-ed faculty and as a novice marketer, Suzanne's own teaching experience helped flatten the already-steep climb she faced. "I didn’t major in marketing in college," she says. "I wasn’t coming in with a business degree or an MBA. So domain expertise helped to ease the transition. I’d had this year being an on-the-ground practitioner, and I could bring in that perspective of our end users.”

It was this audience understanding that Suzanne credits for her early success in social media campaigns and creating content that drove inbound traffic. She knew how to craft messaging to resonate with educators and was familiar with the influencers in the space. Her confidence on that end allowed her to focus more on learning the technical aspects of the job, like how to navigate marketing automation systems and CRM platforms, analyze data, or learn more detailed concepts of growth marketing.

Her first mentor, Top Hat’s then-head of marketing Kent Fenwick, enabled Suzanne to learn automation tools like Hubspot and Marketo by letting her loose to teach herself. "He let me be a tinkerer, so I could get more comfortable in those systems and platforms," she says. "The best advice I ever got from him was 'you’re not going to break it.' You have to just jump in and figure it out. These technologies are all changing so fast, you have to be comfortable with learning by doing."

Her development as a growth marketer was more structured. Programs like the Reforge Growth Series and growth-oriented conferences like GrowthHackers and Growth Marketing Conference were key to learning directly from the thought leaders she'd started following online.

"I started figuring out who the influencers were, the people whose names you would see the most," Suzanne remembers. "Then I tried to understand how they aligned with me in terms of the type of work I was doing or where I was interested in going. I would establish my initial trust in a brand online, then find out if they would be holding a conference or speaking somewhere."

According to Suzanne, no one should be afraid to reach out to the thought leaders in their space and simply ask a question, for tips, or advice, or even an opportunity to do so in person. "I got a lot of knowledge from informal meetups early on in my career," she says. "It’s not hard to ask and you’d be surprised how generous people can be with their time."

Preparing to lead, as an individual contributor

In 2014, Barbra Gago, Greenhouse's CMO, wanted Suzanne to head up the company’s inbound marketing program. She was among the first twenty employees at the hiring-software startup and realized very early on that she could make an impact on the company by becoming a leader outside of her regular marketing duties as an IC.

She joined Greenhouse’s nascent culture committee and established herself as an advocate for the company and a natural leader by taking the lead on initiatives like creating focus groups, running surveys, and getting employee feedback on intra-office issues. "Committees and company-culture advocacy are great areas to explore if you think you might want to lead, one day," she says.

"Before you’re ever a manager, you’re prioritizing initiatives to find out the challenges that people are facing across the organization and figuring out how you can solve them. Sometimes you’ll even present them to the executive team. Whether you realize it at the time or not, that's management."

Upon noticing Suzanne’s leadership aspirations, Barbra became another mentor and worked with her closely to carve out a tailored path. Barbra explained what a management "scorecard" looked like — what criteria of attributes are associated with effective management — and put specific career ladders together to help Suzanne get a clear picture of how to get there.

Mentoring Casey was never part of Suzanne's job description. But Casey came in with little marketing experience and Suzanne took it upon herself, informally at first, to help with the onboarding process. At first, it was just the basics — talking Casey through the marketing funnel, introducing her to automation platforms and, as Kent Fenwick had at Top Hat, encouraged Casey to tool around on her own and ask for help when she needed it.

Eventually, she helped Casey learn how to craft and optimize effective blog content, sometimes through edits, other times by outlining a post together. The two began to formalize Casey’s training by holding weekly one-on-ones and Suzanne helped her develop more advanced skills to use on future jobs.

"It’s an important role to help get people up to speed as quickly as possible and try to operationalize and scale that," Suzanne says. "Especially when you’re an early employee. You can always find opportunities to mentor and onboard other new employees, and it seemed like a natural place where I could add value."

Barbra named Suzanne senior manager of inbound marketing in August, 2015 and, a year later, gave her the opportunity to build full-funnel marketing programs from the ground up on Greenhouse’s demand generation team. That role gave Suzanne — no longer a team of one — her first real experience in hiring.

She learned quickly to identify the key skillsets and attributes needed to make her team successful. Sometimes that means you have to acknowledge that you don't have these qualities yourself and get comfortable bringing in more seasoned experts. "If you’re in a culture that is rooted in trust, then there’s no reason to feel insecure if someone you put on your team is more senior or more skilled than you are," she says. "It’s more of a reflection of your ability to build a great team."

After three years at Greenhouse, it was time to start building a team from the ground up. Having become well-versed in startup culture and learning how to manage, lead, and scale, Suzanne started to look for an opportunity to create her own marketing department from scratch. In 2017, she joined Zugata — an employee-development software startup that has since been acquired by Culture Amp — as its first marketing hire.

Moving from one company in the people-software space to another — Greenhouse was a Zugata customer — once again allowed Suzanne to use her institutional knowledge of the market to help speed up her own development, only this time as a leader. In her year at Zugata, she built a five-person team and established her version of the end-to-end marketing strategies she’d learned at Greenhouse.

While at Zugata, there was another development happening behind the scenes: Suzanne’s old mentor, Barbra Gago, left Greenhouse to join a whiteboard-collaboration software company (then called RealTimeBoard and now, Miro). When it came time to put that team together, one of Barbra's first calls was to Suzanne. In June 2018, the two reunited to run a department together — Barbra as CMO, Suzanne as director of demand gen and growth marketing.

"I joined because of Barbra's proven abilities as a leader and had confidence in her ability to make Miro hugely successful. I wanted to work with her again to build something together and saw the growth opportunities for myself at a company like Miro. I would be building and leading a global team, since we have offices all over the world."

True to both Barbra's ethos and Suzanne's own experience, their team culture is one that emphasizes the importance of learning, development and mentorship. "The culture that we built is one of continuous improvement and trust," Suzanne reports. "Our team works in two-week sprints, we run retros after every sprint, then we run a deeper retro once a quarter. It creates this culture of psychological safety and teamwork."

And speaking of teamwork, Suzanne's team now includes another familiar face. A month after reuniting with Barbra, she made a call to the first person she ever managed and made Casey Marshall her first hire at Miro.

"It’s funny how that worked out," Suzanne says. "But there's a takeaway, there — when you create strong enough connections and people feel like they're learning from you, and you're a champion for them and their careers — you naturally want to work with those people again."