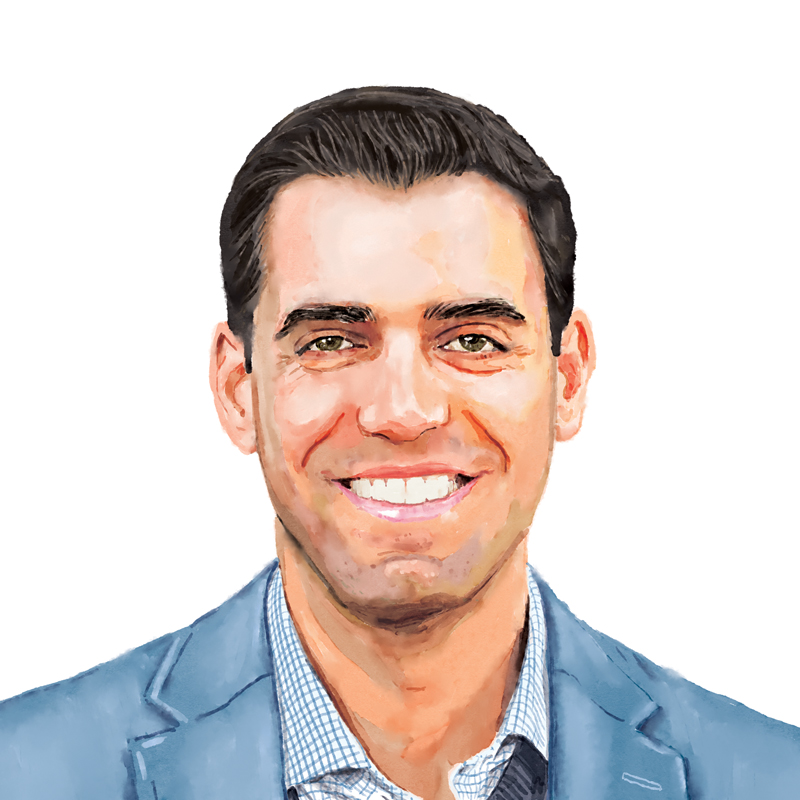 In 2013, Kyle Gesuelli and his business partner struggled to bring their fledgling startup to market. Among their biggest problems — they didn't have any marketing experience.

Kyle had studied economics in college and worked in banking before trying his hand at entrepreneurship. He enjoyed building the business — a home-improvement pricing platform called Homespree — but when it came to marketing, he was, at best, avoidant, and at worst, disinterested. "Probably not the best way to be when you're trying to get a startup off the ground," jokes Kyle, now the VP of Growth and Analytics at Frame.io.

Kyle and his partner took the company to Handy, a rival startup with a similar platform for hiring home cleaning services. The two companies worked out a deal that saw Handy acquire Homespree and hire both Kyle and his partner. Kyle’s first job was to help the company build out its non-home-cleaning verticals.

All of a sudden, he was in marketing.

"I basically got to see my vision of our company through Handy," he says. "That experience was really an eye-opener for me because I was brought in to this growth role, and I'd always been more methodical and data-driven, which is why I gravitated toward economics. I learned what I hadn't been doing with my own company. Now, it was marketing-by-fire and I had to learn by doing. So I really stumbled into what became the most important role of my career."

How to get on the marketer-to-CMO fast track

At Handy, most of the time, "doing" meant "doing everything." The company was still fresh off of its $10 million Series A, and Kyle was its 30th employee. His first year there saw the company essentially do away with individual departments and begin operating in a pod structure, focusing on a single metric each quarter: one quarter it might be retention, the next, new-customer acquisition, then on-time rates.

"Literally everything we were doing was growth-oriented, but we never gave it the moniker of 'growth,'" he says. "I was my own little business. I had to build product experience, I had to measure the work I was doing, I had to know marketing."

That experience, he adds, allowed him to touch every part of the marketing funnel in a very short time. "If you want to go from being a marketer to a CMO, do what I did — join a small company and watch it grow," he says. "You learn so much that way."

Learn he did. One early break Kyle caught was to be paired up with Handy's VP of Growth, Teju Prabhakar, who would become his mentor. Prabhakr encouraged his natural instinct to listen, use the available context, and execute. Prabhakr and Handy CEO Oisin Hanrahan quickly noticed Kyle's willingness to volunteer himself — and his ideas — for just about any project that needed to get done.

"We would have these weekly meetings where they'd tell us we had to close this gap before the end of the month or hit this goal by the end of the quarter," Kyle says. "Most people would sit there quietly, not raise their hand or project ideas forward. I would volunteer ideas."

When Teju tasked him with leading Handy’s direct-mail efforts, he jumped right into the user interface, got the company credit card, and started trying things. Same thing with coding HTML emails. When he was asked to create new templates for an e-mail campaign, he used Codecademy to teach himself coding basics, found one of Handy's old templates and started experimenting. He would start small and eventually figure out how to change the entire structure of the old template.

That confidence to experiment and risk failure grew with each new task Prabhaker assigned him. He also received a shot in the arm when Handy agreed to put him through Brian Balfour's Reforge Growth Series. Kyle says it was through that program, which is designed for growth-focused marketers with at least three years experience at either B2B or B2C companies, that he was able to meet like-minded professionals who knew as much — or as little — as he did.

How to scout for talent and build a strong team

Kyle's earliest titles at Handy were "Senior Manager of Growth" and "Associate Director, Expansion," but neither involved any real oversight duties. It wasn't until he volunteered — again — to lead Handy's successful integration with Airbnb, that he was given a team of his own.

The idea was that Handy would work with Airbnb to provide cleaning services between guest stays. Kyle's job was to build out the API integration and lead the partnership from Handy's side. He was told to select three members of Handy's operations team to help him launch the project. The employees he chose would forever influence his approach to hiring.

The first was someone who reminded him a lot of himself: an eager volunteer who was up for any task and would later follow Kyle into other areas of the company. The second was a head-down, worker-bee type who needed little hand-holding and could reliably be counted on to do just about anything. The third was someone who struggled with autonomy, needed constant reassurance and would often needed hands-on assistance — usually from Kyle — to complete a given job.

"I didn't hire those three, I just picked them for my team, but I learned from that project that you sometimes have to manage people differently," he says.

By the time he was ready to start hiring people himself, Kyle remembered that experience when it came time to deciding which types of employees to hire. He acknowledges his journey from a young, marketing doer to marketing leader has been anything but typical, and at 29, he admits to being "very cognizant" of his relatively young age. But he's learned to hire for the job he's looking to fill — not for his ego. Sometimes that means hiring someone 20 years older than him. Other times it means finding the person who does well what he does not.

"First-time managers tend to be willing to settle for good junior-level people," he says. "More often than not, that's going to come back to haunt you because it's going to lead you to say, 'I can do this better than them,' which can be a bottleneck. You have to be self-aware enough to say up front, 'I'm looking for a partner.' I don’t like looking at a person like 'you're someone I'm going to manage.'"

In 2017, Kyle left Handy after three years to become head of growth for the video-collaboration platform Frame.io. There, he says, he's put together a system of hiring that focuses more on direct recruiting and targeting individuals his team has identified as ready to take the next big step in their career.

Using LinkedIn, he finds a handful of ideal candidates that he describes as prospects "who don't know their own value." If he's hiring a manager, that means he's looking for someone who's never had the title of manager, but who has led a number of projects. If he's hiring a more senior-level leader, he's trying to find someone who has been in their first management role for two or three years. He likens the system to the advanced-analytics movement in professional sports, in which talent scouts are always on the lookout for "market inefficiencies" — when a certain player's skill set is not valued as highly as it should.

"We're looking for who's out there that hasn’t been promoted or hasn't taken that next step," he says. "We reach out to them and explain what we're looking for and we tend to favor the ones who follow up and follow through throughout the process, as if they're the ones who contacted us."

Kyle has been a key build-stage player at both Handy and Frame.io. He joined both companies just after their Series A funding rounds and watched each grow to hundreds of employees. Those experiences have allowed him to touch just about every conceivable marketing function.

At Handy, he learned to recognize the needs within the market and building products that best suited those needs. He developed pricing structures and put the products in front of the right customers. Now at Frame.io, as VP of Growth and Analytics, he oversees a team of 10 that he's built himself and is able to apply his range of experience from across the marketing spectrum in a broader leadership capacity than he's ever had before. He says his learn-by-doing and always-say-yes strategies has made him valuable at both companies he's worked for, but he believes it's never too late to specialize.

"When you're at a company with less than 50 employees, being a generalist is really helpful," he says. "But the more a company grows, it's probably time to start thinking about where your greatest strengths are and focus on that. And if you're a manager, you need to start looking to bring in specialists in key areas where you need to grow."