How to get on the career path you really want 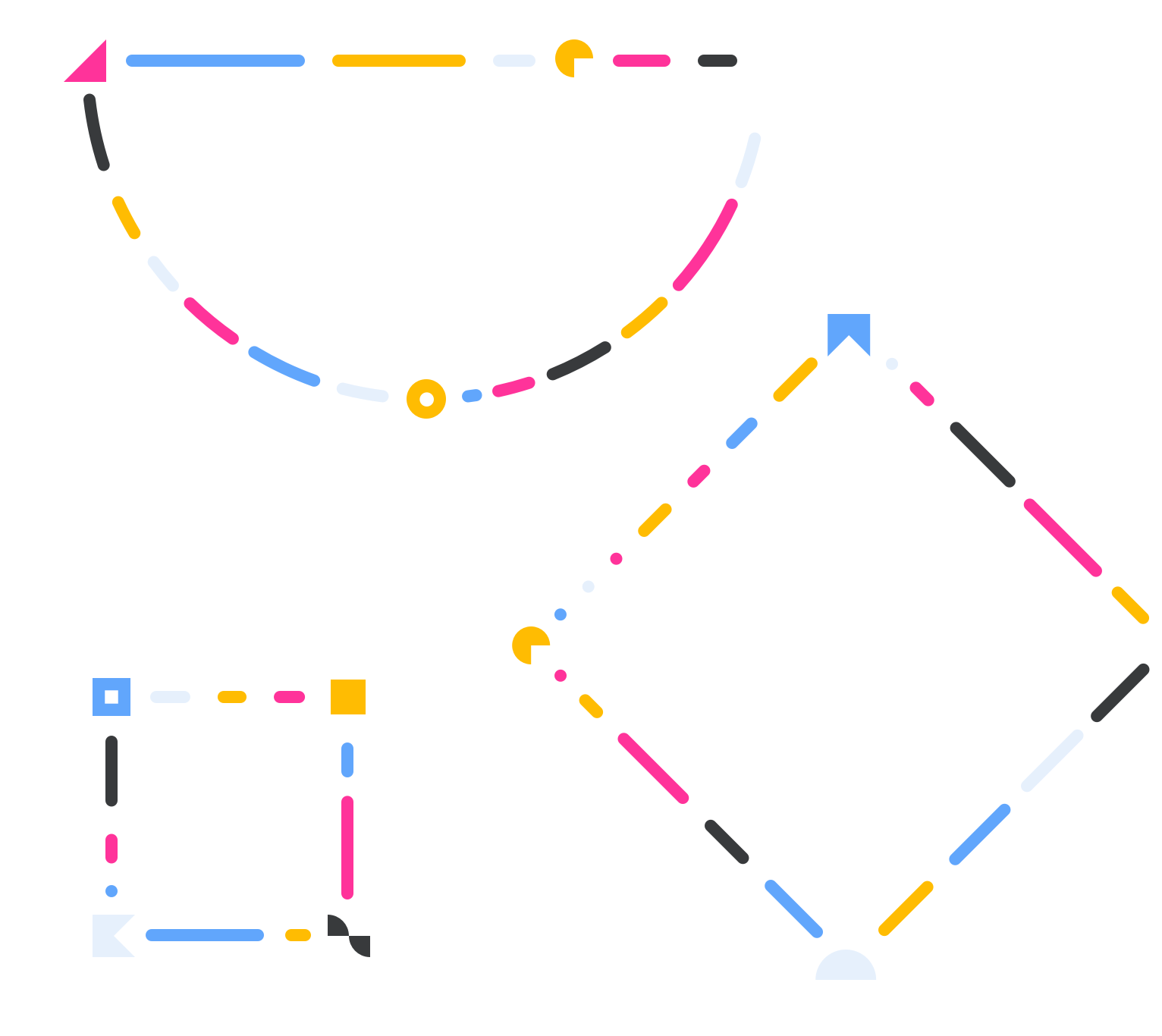 Morgan Norman is the VP of Marketing — Corporate, Brand, and Growth at RingCentral and an industry thought leader on marketing and branding.

Morgan Norman says he's old enough to remember when marketing was called "PR", when demand gen was called "field marketing", and "brand" was just another word for "logo".

"Nobody was calling anything marketing back then," he says of his early days in tech. "To some degree, I didn't even know that marketing was a career I could go into. But from almost day one, it's what I was doing. The evolution from sales, or what we thought was sales, to what we see today as marketing has been a seismic shift."

He should know. He was there for all of it. In fact, he helped create it.

Over more than two decades in Silicon Valley, Morgan has become one of the more influential marketing leaders in tech. He built the earliest marketing playbooks for companies like WageWorks, Ixia Communications, and Determine. He helped rewrite Microsoft's marketing strategy after it acquired his own startup, WorkSimple. He is one of the architects of "the greatest sales deck ever created."

And for most of that time, he was unknowingly influencing marketing from the sales department.

Now the VP of Marketing of Corporate, Brand, and Growth at the cloud-based communication platform RingCentral and former CMO of the CRM platform startup Copper, Morgan says he wishes he'd recognized sooner how much impact he could have by educating customers rather than selling to them. "Selling wasn't my passion," he says. "I wanted to be the one guiding people toward making an informed decision — getting the right materials in front of them.

"When you're young and just starting out, you're just happy to have a job in tech. But you need to have the confidence to step back and say 'is this what I want to be doing?' When I finally asked myself that question, the answer was 'no.'"

Creating your own destiny

One thing that hasn't changed since Morgan started in tech is that it's so often who you know that determines where — or if — you work. Morgan grew up in New York City and wanted to be a writer. He ended up at Cal Poly after high school but remained relatively agnostic on industries.

"It's not like I was dying to get out of college and start working for a software company," he says. "I was a writer. I was a storyteller. And I think I was a pretty good storyteller, too — I just couldn't make a living at it. So one day, a friend of mine who was in the tech industry says, 'hey, you're a broke writer, why don't you take this sales development job?' I was a poor, inner-city kid from New York, I didn't have any connections in the Valley, I was a struggling writer. I thought, 'why not?'"

It was 1998, and the job was with one of the earliest CRM platforms, Siebel Systems (later acquired by Oracle). It would not only be Morgan's first exposure to the tech industry but his first attempt at sales of any kind. He started as an SDR at a time when the company was experiencing incredible growth, rocketing to 4,000 employes from the 700 at the time Morgan joined.

The hours were long, the environment was "brutal," but Morgan found he had a knack for selling and eventually became a team lead. He helped reps develop their phone skills, respond to leads, and write email templates. It was the first time he'd ever used the skills that would serve him as a marketing leader later in his career.

Over the next few years, Morgan worked for a handful of growing companies, moving up from SDR to team lead to director of sales. He started to gravitate toward demand gen, which was then considered a sales-team function and didn't quite have a name. "I guess we called it 'field marketing,' at the time," he says, "whatever that meant." To Morgan, it meant leading direct-mail and email campaigns, running events, and slowly developing a content strategy. He enjoyed the creative side of the job but was still responsible for running the entire sales machine — he had to divide his time between inside sales and his growing interest in top-of-funnel marketing.

Looking back over the first few years of his career, Morgan says he wishes he'd known enough to push the companies he worked for to let him ditch the sales component of his job and run with marketing. It's a lesson he still preaches to marketers today.

"I didn't realize I could create my own destiny," he says. "A lot of young people in marketing don't realize that and that's a huge mistake. You have to be really clear early on about the next job you want. Have the conversation. Have it early. If I had said, 'hey, I'd really like to push forward with marketing and lead that,' I'm positive the companies I worked for would've let me.

"It's hard to ask for a change of direction from sales to marketing or from demand gen to product marketing when you're applying for jobs, because people think you are your resume. Use the job you've got to get to where you want to go."

Going all in on marketing, his way

It wasn't until 2009, when Morgan co-founded the social-performance platform WorkSimple, that he was finally able to dive headfirst into marketing. At the time, he took a massive risk in leaving WageWorks, where he had been leading a hybrid sales and marketing department, and starting his own company during the middle of the worst financial downturn since the Great Depression.

The original idea was to launch a SaaS company in the mold of the ones he'd worked for until that point in his career. But the financial crisis caused funding to dry up and Morgan and his WorkSimple team were forced to adjust on the fly. They ended up building a freemium product and built a marketing plan around it. There was no sales team and the company was led purely by marketing.

"WorkSimple was where I really turned on the gas, in terms of marketing," he says. "We took a huge chance. The whole company was marketing-driven. We had one guy who was more on the customer success side who just helped land customers and helped onboard them once they got started with the free product. I had to push the envelope of what my skills were. Everything had to be online. That was where you really started to see demand gen turning into more of a marketing motion, rather than a sales motion."

Few companies were employing Morgan's marketing-as-sales model at the time, and when Microsoft acquired WorkSimple in 2013 — "it's not the harvest we necessarily wanted," he says — most of the team stayed on. Morgan was tasked with leading the rebranding and re-messaging of Microsoft Business Solutions. He started pushing the company to incorporate original content — e-books, interviews, webinars — into its marketing strategy. Content marketing was still in its early stages, and Microsoft was hesitant to go all-in on Morgan's plans to push the envelope.

"They thought it was off-brand," he says. "They weren't sure what to make of it. But they decided to let us go for it. They were excited we were the young, hip Silicon Valley team. We weren't satisfied with how they marketed, so they gave us the freedom to basically go in and just redo all of their sales decks. We redid how they did visuals, how they told their story. Coming from this hybrid sales-marketing background really came to fruition there."

But Morgan started to feel suffocated, having been swallowed up by a massive institution like Microsoft, and he began to look for an opportunity to return to startups, this time leading marketing — and only marketing. His first stop was Zuora, where he was Senior Vice President of Marketing and Chief Creative Officer. Founder-CEO Tien Tzou had started the company six years earlier and it was, at the time, one of the hottest companies in tech. He would go on to hold marketing leadership roles at NetSuite — since acquired by Oracle — and Dialpad before taking on a CMO role with Copper.

Returning to startups and applying the strategies he'd helped develop at Microsoft to leaner organizations was the opportunity Morgan had been waiting for his whole career. "I learned so much at Microsoft, but I never once regretted leaving," he says. "There are so many talented people there, but after a while, you kind of lose your actual skillset, and you just become good at working for Microsoft."

By making the decision to take his big marketing ideas to smaller companies, Morgan was taking control of his own destiny.

"If I'd stayed, I would've had a fine career there," he said. "But I probably would've been a worse marketer, today. I wanted to push the envelope and push my craft — push myself. I tell that to young people all the time: You figure out what you want to do by figuring out what you don't want to do. Thankfully, I realized that before I wasted too much time at Microsoft treading water. The scariest thing is just wasted time."