Getting on the fast-track to leadership, without a single promotion 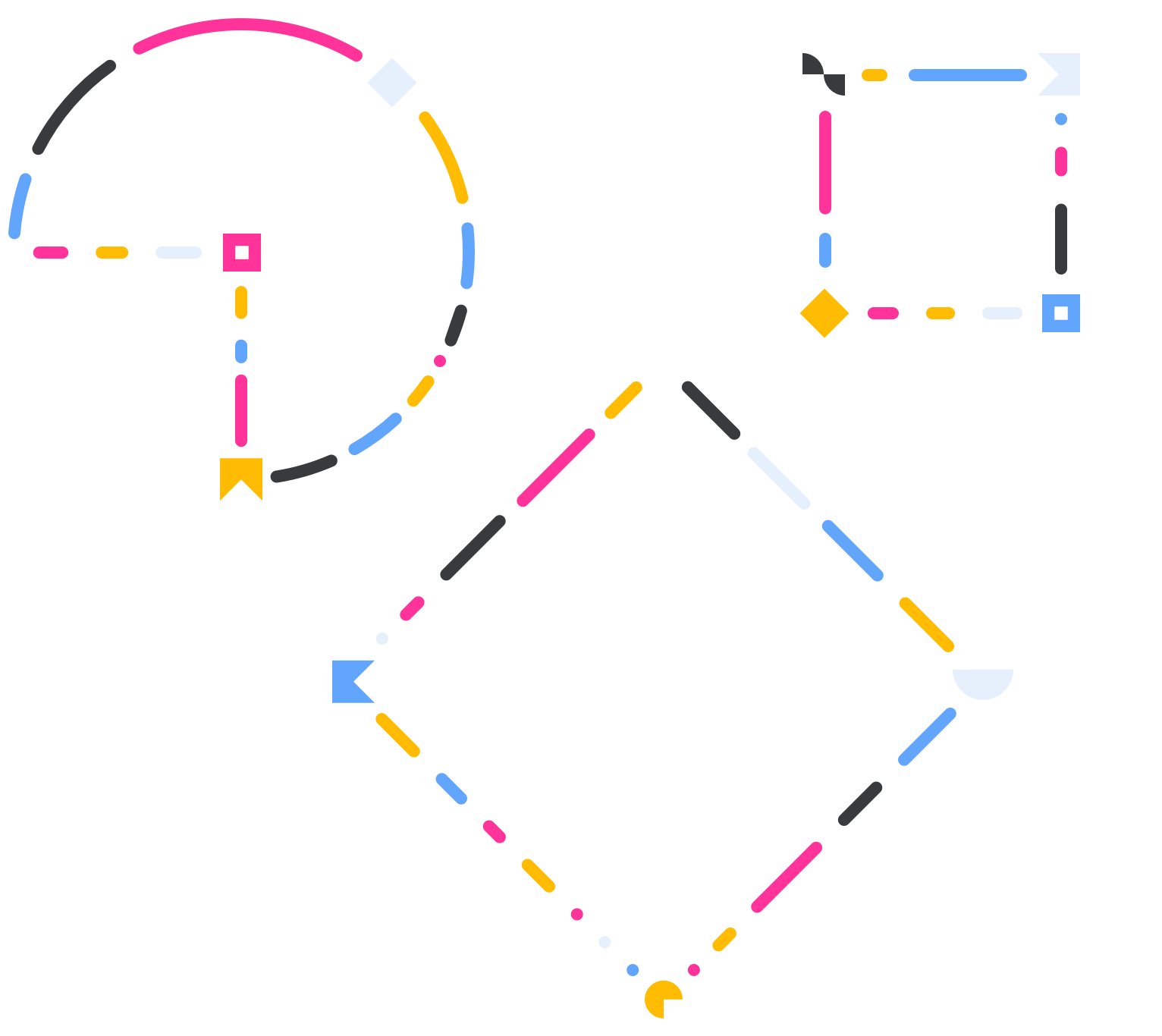 James Winter is the VP of Marketing at Brandfolder, a modern digital asset management platform.

James Winter has never had a promotion. He’s also never asked for one. In eight short years since landing his first marketing job in college, the 28-year-old Brandfolder VP of Marketing has made a career out of saying "yes" to opportunities that come his way.

There’s more to it than that, of course. It helps to develop an interest in buyer psychology and product marketing. It also helps to be ambitious and foster relationships with mentors. But in James’s eyes, one of the main reasons for his quick rise to a marketing leadership position is the fact that he has never settled and never been afraid to jump.

"Waiting to be promoted is a huge waste of time," he says. "Every data point on salary agrees with that. But there's also a huge amount you learn by going to different companies."

James’s formal training began at the University of Colorado, but his interest in marketing started long before that. He describes his younger self as "interested in technology but not technical." He enjoyed computers and gadgets not so much for the science behind them but for their application and the psychology of how and why they’re adopted.

He decided during his first year of college to pursue marketing. His interest in psychology, combined with not wanting to go down a traditional academic path ("I didn’t want to be a psychologist"), made marketing a natural choice. Over his four years in Boulder, his GPA improved as he became more focused and took more and more marketing classes.

One of his early mentors was a professor named Bill Weintraub. For one of Weintraub's class projects, the students had to pick a consumer product and give it new positioning and marketing. James chose Coca-Cola and spent hours researching its physical properties. He learned that it has more citric acid, more sodium, and less sugar than Pepsi, all of which contribute to the way the two products are marketed.

"He taught me that differentiation of anything is possible," James says. "When you dig into a product deep enough, even a product that millions of people buy and consume every day and don't really think about why they have a preference, you can figure out and reverse engineer and break down what those points of differentiation are.

The many hats of product marketing

Between his junior and senior years of college, James began an internship that would set the course for his career. At Seagate's product marketing group — finding creative ways of selling hard drives — he learned what he wanted to pursue. "It’s fortuitous because I have a hard time seeing myself enjoying other aspects of marketing as much as I enjoy product marketing," he says. "It was a natural fit with my interest and skill set."

Product marketing is notoriously difficult to define, but its multidisciplinary function is a big part of what James enjoys about it. "There are a lot of facets to product marketing," he says. "You’re expected to be creative, do data analysis, do sales enablement. You’re expected to be a public speaker. I was never the type of person who was hyper-focused on doing one thing. I was much more interested in jumping around and learning different things."

While James now works in software, he learned a lot from participating in several major product launches at Seagate, including a real-life application of the lesson he learned from Weintraub in college — that differentiation is possible in any product if you work hard enough. "To most people, a hard drive is a hard drive," James says. "There's not a ton of loyalty or brand equity, so you have to get creative with how you're differentiating versus the competition."

In 2013, after a year working in product management at Seagate — a role he quickly determined wasn’t for him — James moved to San Francisco. He wanted to work in SaaS, and he'd been advised to get into sales, either because he would be good at it or to help him improve as a product marketer.

He lasted only a few months as a sales rep at Nexmo and then transitioned into a product marketing role. That firsthand insight into what it’s like to run discovery calls and sales demos did come in handy as a product marketer whose responsibilities often include creating demos for sales, and whose fate, in James’s words, is "intertwined with sales."

Assemble a stable of mentors and skill-sets

There are two important career lessons James is eager to call out: the importance of a multidisciplinary skill set and the value of mentorships. Throughout his journey, James has had a "stable of mentors" that he’s kept in touch with over the years, who have advised him and helped him get to where he is today.

"You shouldn't just have one mentor, especially in marketing, because there are so many different things that people are good at," James says. "Identifying what different people are good at and figuring out or developing that relationship has been super beneficial to me."

At Seagate, for example, James found a mentor in Joni Clark. He says observing her rapport with executives and stakeholders, noticing how she commanded respect and wielded influence across the organization, helped his own eventual growth as a leader.

Another notable mentor is Morgan Norman, James’s boss during his time at Dialpad. "One of the lessons I learned from Morgan was how important it was to be able to be multidisciplinary," James says. "It was very motivating for me to expand my knowledge and learn enough to be dangerous in almost every facet of B2B marketing."

As the third marketing employee at Dialpad, he also watched Morgan build out a team in real time. Without that experience, James says, he wouldn't have had the knowledge or confidence to step into his own leadership position and build his own marketing team.

While his tenure at Dialpad was relatively brief — a little over 18 months — he considers it the most influential period of his career. He wishes he had been even more curious, learned even more from his peers, and become even more multidisciplinary. But it was at Dialpad, under Morgan's mentorship, that he knew he wanted to become a leader.

James has been a head of marketing for a little less than three years, first as Director of Marketing at AspireIQ, and now as VP of Marketing at Brandfolder. He says the biggest difference between being an individual contributor and being a leader is having to set aside his natural bias toward action. As an individual contributor, it was okay to want to do and fix things all the time, but as a leader he has to be more discretionary in how he acts.

"Coming into a manager role, I think a lot of people fall victim towards getting their hands dirty too much," he says. "The challenge is that to some extent your fate is out of your hands, in the sense that budgets and headcounts can sometimes be limited and you do have to get your hands dirty. I think my biggest mistakes as a leader have been erring too far on the side of doing things myself as opposed to figuring out better ways to scale."

Looking back, he says he was too timid and conservative at AspireIQ. The leadership team would give him a budget and headcount, and he would accept it instead of telling them it wasn’t enough. He encourages other marketing leaders to be vocal about what’s needed to achieve desired outcomes. He says asking once usually isn’t enough, so build a strong case and don’t be shy about asking over and over.

He’s still learning how to manage others, calling it a "whole different ball game" than what he experienced as an individual contributor. In particular he’s learning to pick his battles and strike a balance between being helpful to his team and making sure they feel empowered. He doesn’t want to be the type of manager who gets involved in a way that adds zero value.

"I've worked for plenty of people who would have opinions and try to change stuff, but they would make it worse," he says. "Even if you can add value, it's not always a good idea, because you risk disempowering the team and wasting your own time on something that might not actually be meaningful."

He’s also conscious of his natural communication style — direct and unemotional — and how it comes across in a leadership role. While as an individual contributor he was free to speak his mind and deliver honest feedback, he knows that as a leader he has to communicate more carefully, because dynamics are different and his words carry more weight.

What's on the horizon

James is challenged "almost every single day" as a marketing leader, and a lot of it comes down to the fact that everyone has an opinion about marketing. There’s no other position, he says, that has as much scrutiny or input. From how to write a blog post to how to spend a marketing budget, there are infinite possibilities and infinite campaigns to run.

"One of the hardest things about working in marketing," he says, "is that there’s no right way to do the job. You have to be very comfortable at some level with not everyone agreeing with what you're doing."

One principle that guides James is focusing on getting better every day, improving as a manager and developing new skills as a marketer. That's where he's happy to be — to keep growing as a marketer and leader, and to be challenged every day. And that next opportunity might just be around the corner.