On cultivating chutzpah and expanding your comfort zone 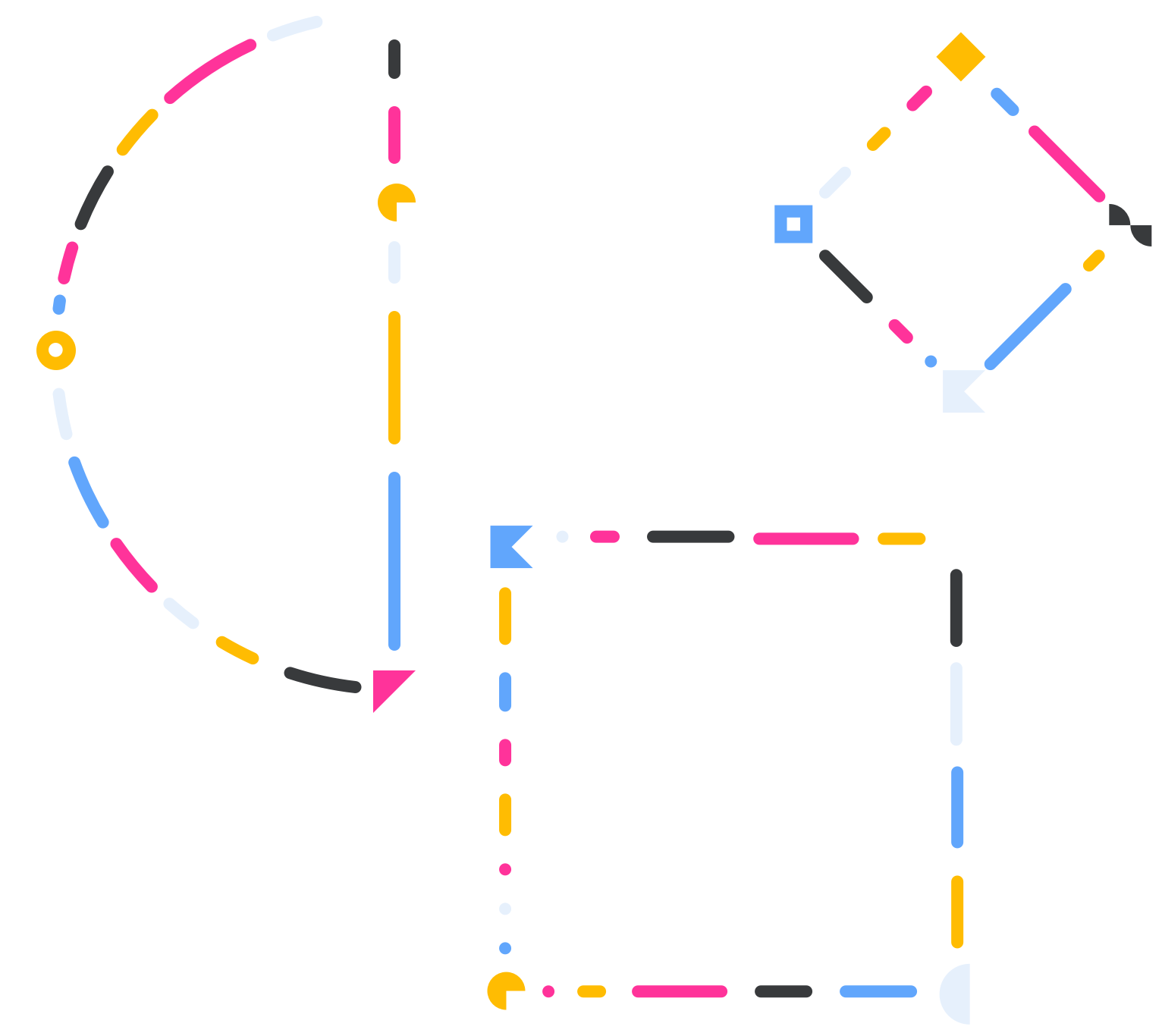 Dayna Rothman is the CMO at OneLogin and the author of Lead Generation for Dummies.

For Dayna Rothman, content is a foundation. In 2015, she left Marketo after almost single-handedly turning the company’s blog into a prolific digital-publishing operation. Her byline was plastered across the MarTech giant’s archives, and she contributed guest posts for countless other publications since joining the company in 2012 as one of its first content marketers. She owned Marketo’s "Definitive Guide" series of e-books. She literally wrote the book on lead generation.

Dayna approached the subject of marketing like an investigative journalist, embedding herself into the world of whoever had more knowledge than she did about a given topic. She made a name for herself as an individual contributor, but, eventually, she started to crave something more. When it came time to look for her next opportunity, she had her sights set on a position that would keep her on the content side of things, while allowing her to be a team leader.

"I thought it would make sense for me to maybe become a chief content officer or a VP of Content somewhere because I loved it so much," Dayna, now the CMO at OneLogin, says today. "But I also don't think I realized at that point how much I'd learned about all aspects of marketing just by writing about them."

She was bound for more than she'd envisioned. She'd learned so much, in fact, that the types of marketing leaders whose brains she picked to help craft the tens of thousands of words she’d written on subjects like automation, lead scoring, and analytics would soon be reporting to her.

Dayna came to marketing with a background in sales and writing. She majored in English, with a concentration in technical writing, at Southern Connecticut State University. Upon graduating, she took the first job she was offered — a sales-development rep position with an environmental research company — but quickly tired of "cold-calling for 40 hours a week."

She enrolled in the MBA program at Golden Gate University, hoping to marry the creative role she craved with her growing interest in business. When she finished, Dayna answered a Craigslist ad for Bluewolf, a systems integrator that has since been acquired by IBM. Unbeknownst to her at the time, Bluewolf had a reputation for taking chances on candidates with unconventional backgrounds, like SDRs with an English degree and little marketing experience.

There, Dayna got exposed to end-to-end marketing processes, CRM tools, working with a sales team on lead generation, and, much to her delight, writing marketing content. Though she was attracted to the creative side, she was mostly a marketing generalist at Bluewolf. After about a year, she got a call from a recruiter who was trying to fill a content role at Marketo. Dayna was still new to marketing and recognized that she had a lot to learn, but even then, Marketo was a name she knew.

"Just the way people talked about Marketo — it was very glamorous in the marketing world,” she says. "It was the mothership. This was pre-IPO Marketo — it was a super-hot company and very much on the cutting edge of marketing at the time. I didn’t know a lot yet, but I knew if Marketo came a-knocking, you listened."

Writing to learn on the job

Dayna admits that even though she was excited to join Marketo as a writer, she went in with little idea of what content marketing was. "I had written some blog posts and e-books at Bluewolf, but this was at a point in time where 'content marketing' was becoming a thing," she says.

At the time, Marketo was on the cutting edge of using education and thought leadership as a means of moving buyers through the sales funnel, and the company’s CMO at the time, Maria Pergolino, told Dayna to get her hands dirty and dive right in. Her first several pieces were live blogs of various speakers at Marketo’s annual summit, which was held right around the time she started. Soon, she was cranking out posts like "Everything You Wanted to Know About Visual Content But Were Afraid to Ask" and "A Day in the Life of a Content Marketing Manager".

Dayna says those earliest posts showed her evolution as a content marketer who was, herself, learning on the job. "I can see how much I was learning just by reading the stuff I was writing out of the gates," she says. "Almost all of that came from watching, listening, asking questions and then applying what I learned in my own work. In many ways, that was the beginning of my education."

Marketo co-founder and then-CEO, Jon Miller, along with Maria Pergolino and then-VP of Marketing, Heidi Bullock, were Dayna’s earliest mentors. Jon, in particular, was instrumental in pushing her to learn everything she could about every possible marketing discipline in order to turn it into actionable content for Marketo’s audience.

"He really taught me that even though Marketo was an automation solution, we should be interested in making people better marketers, not just better marketing automation users," she says. "So I was writing about literally everything you can think of that pertained to marketing — demand gen, marketing operations, sales development teams, events — and every time I had to write content about this or that function I would embed myself into that world."

Nowhere was her willingness to live and walk among her subjects more evident than in the quarterly, deep-dive content asset known as the "Definitive Guide" series. Each guide ranged from between 100 to 200 pages, focusing on one marketing discipline at a time. In her three-plus years at Marketo, she wrote most entries in the series. The guides took every bit of the three months she had to complete them — especially with her continuing to publish regular blog posts — and most of that time saw her "tied to the hip" of whoever owned the function she was writing about that quarter.

Producing content marketing using little more than Google was never an option. Readers, she says, can spot a thrown-together blog post passed off as thought leadership from a mile away. And, in her case, she was too interested in learning to phone it in, even with the challenging, deadline-driven environment she created at Marketo.

"If you're going to write 180 pages about event marketing, you have to not just live with the event marketer at your organization, but you have to go outside to other thought leaders in that space and you have to talk to them, too," she says. "Or when you’re writing about a function that involves more than one team, you have to get guidance from all of the stakeholders in that function. How does the sales team function at an event? It can’t be a 30-minute interview and some Googling."

Push beyond your comfort zone

Slowly, Jon Miller and the rest of the marketing leadership at Marketo took notice of the vast knowledge Dayna had acquired and the ease with which she could speak about the various marketing disciplines — even the ones in which she had little practical experience of her own. Jon urged her to speak and write outside of the company, so she started speaking at conferences and guest blogging. She emerged as a thought leader in the area of content marketing, something Dayna, who confesses to having been extremely shy, credits with helping her come out of her shell and prepare her for future leadership roles.

"A lot of my career since Marketo has been based on having chutzpah, just going after the things I wanted and speaking my mind," she says. "I don’t know if that would have happened if I hadn’t been pushed to step outside of my own comfort zone and really put myself out there while I was at Marketo."

When Dayna talks to young marketers who are eager to advance their careers, she urges them, "push beyond your comfort zone." For some people, she says, that might mean volunteering for a project that involves something they’ve never done before. For others, it might mean leading a team before they think they’re ready. Others still might need to work up the courage to put themselves out there as a thought leader. In Dayna’s case, her time at Marketo ended up meaning all of the above.

In June 2015, Dayna left Marketo to join the predictive-marketing startup Everstring. She was looking for more of a leadership role, and Everstring offered her a chance to be its director of content, brand, and inbound marketing — a small step beyond what she had been doing as content marketing manager at Marketo. She handled website SEO and design, content, and most of the company’s social media marketing.

A conversation she had during her initial interview with Everstring’s VP of marketing, Jim Walker, stayed with her months into her new role. When Jim asked what she saw herself doing several years down the road, Dayna told him she loved doing content and could see herself owning that space and being an innovator for the rest of her career.

He told her she was selling herself short. "You’re going to be a VP of Marketing," he told her. "That's what you should look to do."

It had never occurred to Dayna to look outside of content, or that she was even qualified to lead an entire marketing department from end to end. She put that thought in the back of her mind until Jim eventually left the company, which left the VP of Marketing role open. The company had a large marketing team, but it was clear almost immediately that Dayna would most easily be able to slide into the position and hit the ground running.

"I had already started thinking that I wanted to get exposure to different disciplines within marketing, outside of content," Dayna says. "But after Jim left, I really surprised myself by how much I already knew. And not just from writing about it, either. I had spent so much time embedded with these leaders in all these different functions that, almost through osmosis, I had developed a very in-depth knowledge of how these things should be run."

Dayna was named Everstring’s next VP of Marketing in early 2016 — just over three years after she’d published her first blog post for Marketo. Since then she's gone on to incorporate sales development and revenue into various roles, built her first team from the ground up as VP of Marketing at Mesosphere (now D2iQ), and become CMO at OneLogin.

She doesn't write as much as she used to — and confesses that she often misses it. But she still uses much of what she learned as an author in her day-to-day duties as a marketing leader.

"I'm thankful that I had the opportunity to be so prolific," she says. "It literally changed the course of my career. It's amazing how much you can learn when your job is to watch, learn, and write what you see."