On feeling the fear and doing it anyway 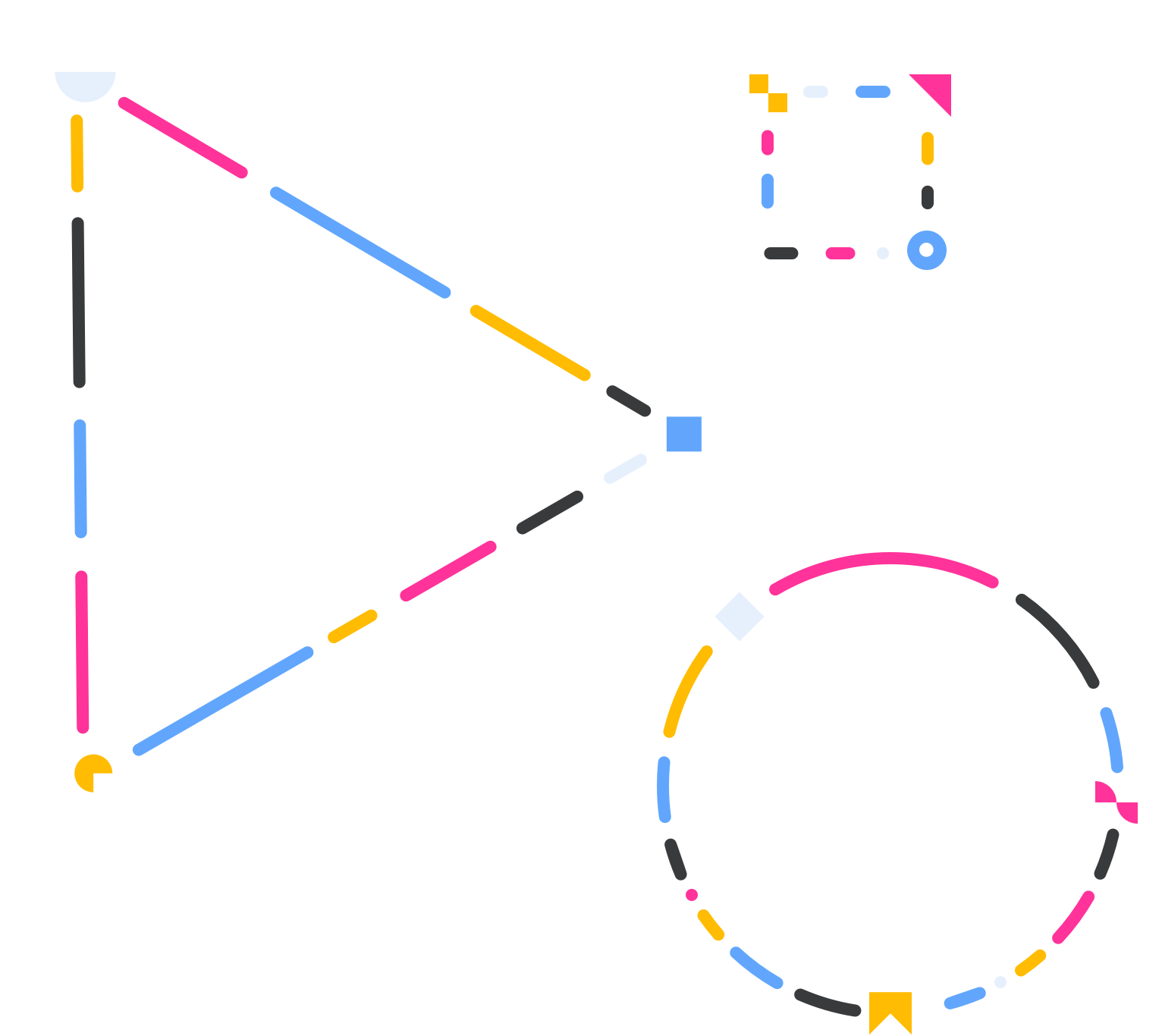 Athena Koutsonikoas is passionate about building companies that matter. Currently the VP of Marketing at Leanplum, she also loves fashion and pandas.

Athena Koutsonikolas worked as a marketing coordinator as part of a 12-month internship while she was a student at Swinburne University of Technology in Melbourne, Australia. It was her first taste of the marketing industry — and she loved it.

But life would pull her in a different direction.

Graduating from Swinburne with the highest grades in her course attracted the interest of recruiters at Telstra, Australia’s largest telecommunications company. Athena got a job offer — but the role was in human resources, not marketing.

Athena weighed her options. She could turn the offer down and try to find a marketing gig elsewhere — but she was unlikely to find an employer as large as Telstra. The alternative was to take the human resources role, learn as much as she could, and try to transition into a marketing role later on. Athena is the type of person to see an opportunity in a challenge, so she sidelined her passion for marketing, took the Telstra gig, and jumped in.

The human resources job taught Athena all about the people side of the business, including organizational dynamics. This, she says, is something most other professionals have to learn on-the-job when they're promoted from individual contributor roles. Learning the tools and techniques necessary for managing people early on in her career was a huge advantage. "Having that beginning in human resources was foundational," says Athena. "It helped me organize and manage my teams as a head of marketing years later."

Solving for the bigger picture

After a few years, Athena’s passion for marketing began to gnaw at her. Human resources was engaging and challenging, but it lacked the kind of creative problem solving that she longed for. She began sounding out Telstra executives about other opportunities. When she heard about a role opening up in product marketing and she went for it. After a couple of interviews, she got the position, and began limbering up the creative muscles that she hadn't used for years.

In product marketing, Athena found a whole new challenge. She was working across the entire organization, collaborating with sales, product, and operations, which she credits as a formative experience. "I wasn’t just solving marketing problems," says Athena. "I was solving business problems."

She helped create the go-to-market strategy for a new Telstra product, which meant preparing for logistical setbacks and unforeseen circumstances. Later, she helped differentiate her product against its competitors, which fed directly into the product’s design and development. "I had to consider the bigger picture," says Athena. "I felt this role intersected strategy, analysis, and creativity."

Feel the fear and do it anyway

While at Telstra in her first full-time marketing position, Athena supplemented her education with a battery of business, marketing, and leadership media and tutorials. One podcast episode in particular would have a huge impact on her life. "I remember hearing this podcast with this business coach, and I'll never forget what she said," Athena recounts. "She said: ‘When you're trying to make a decision, you have to feel the fear and do it anyway.’"

So when Telstra announced a company-wide corporate transformation plan and asked for redundancy volunteers, Athena felt the fear — the fear of the unknown, the fear of instability — and raised her hand anyway.

Part of that deal was a generous severance payout. At Telstra, she'd enjoyed working across different departments, helping make fundamental business decisions. As a die-hard fashionista, Athena’s mind immediately went to design and running a business of her own. Athena used her payout to move to Bali and set up a high-end shoe brand.

The first few months felt like climbing a mountain. Athena designed her shoe collection, audited manufacturers, managed a supply chain, negotiated with retailers, and determined the best pricing model for her products. In her product marketing role, Athena had had the chance to influence every element of the business, but here, she had to actually do everything. "I didn’t have an MBA at the time, but the hands-on experience of running a business was unparalleled," Athena says, "Being a business owner enabled me to become a better marketer."

From the outside, Athena’s life seemed like the dream. She was running her own business — in a tropical paradise, no less — and her brand was showing up in the pages of mainstream women’s magazines. But the reality was much more difficult. Athena had transitioned from telecommunications into the fashion industry, where so much comes down to who you know, without a thick black book of industry contacts.

Athena started to wonder about returning to marketing when the perfect opportunity popped up on a visit back to Australia. One of Athena’s former colleagues tipped her off to a new opportunity with a large SaaS company that was looking for someone to lead marketing in the Asia-Pacific region. They needed someone who understood the cultures, traditions, and businesses of that swath of the world, and Athena could apply everything she'd learned from launching her own business in Indonesia.

Back in Bali, Athena faced another decision. Did she stay on the beach and work on her business or accept the job offer and get back to the field she enjoyed? A few months later, she exited her business, hung up her flip flops, and moved back to the corporate world.

The fashioning of a CMO

Athena’s new role thrust her into a senior position. Suddenly, she was managing a multidisciplinary marketing function and launching the first-ever B2B enterprise SaaS product in Asia Pacific. It was, Athena says, like being dropped in the deep end to fend for herself.

Faced with a colossal task, Athena drew heavily on her time at Telstra. "I had to rely on my product marketing skills to work with the team to build out the go-to-market strategy, position the product, message it, and determine the pricing and packaging strategy." And where there were gaps in her knowledge. Athena was forced to learn — and fast. Books, articles, podcasts, and industry contacts became invaluable resources for Athena, who quickly transitioned from individual contributor to marketing team leader.

Looking back, Athena says her APAC role was like a dress rehearsal for her first CMO position. Instead of specializing in one marketing niche, Athena was expected to understand and direct a dozen different functions. "It exposed me to all elements of the marketing mix," says Athena. "I went from looking at just product marketing to managing content marketing, public relations, customer marketing, and digital marketing." It was, in practice, a localized CMO role and allowed Athena to hone her skills in relative isolation.

When SLI Systems, an e-commerce search company, then offered Athena a marketing position in San Francisco, she couldn't pass up the opportunity even though accepting the role meant uprooting her life in Australia and moving 7,800 miles to a new country. Athena knew that San Francisco was the epicenter of technology and the next logical step in her career. So she recalled the mantra that had kickstarted her biggest career change to date: "feel the fear and do it anyway." She felt the fear of the new role, the new city, and new country — and accepted the offer anyway.

It was one of the best decisions she ever made. Athena took to Silicon Valley like a duck to water, learning a huge amount from her colleagues and competition. And her decision to move to San Francisco emboldened her subsequent career choices. In the next three years, Athena said "yes" to a variety of new roles, taking on marketing operations and customer marketing. "They weren’t roles that I necessarily wanted to do," Athena says. "But they really helped me grasp different areas of marketing that were becoming increasingly more important."

Athena credits a lot of her success to this period in her life. She soaked up new skills — something she calls "experience through osmosis" — and after a few years rotating through diverse marketing gigs, Athena finally felt ready to lead a full marketing team of her own.

In early 2018, Athena faced another fork in the road, having been offered two new roles. The first: head of marketing at a small startup. Despite their size, the company was performing well, achieving tens of millions in annual recurring revenue. As the first marketing hire, she'd have the opportunity to build out a team, and it would have been easy to make an impact given the company’s organic growth.

Her second offer was as a VP of Marketing at Leanplum, an established multichannel customer-engagement SaaS company. In contrast to the first offer, Athena would be inheriting a marketing team at Leanplum and would have to fundamentally impact the growth trajectory of the company. It needed work and success wasn’t guaranteed. "Everyone knows, getting from $1 to $20 million in ARR, requires a different approach compared to scaling a business from $20 to $40 million in ARR and so on," says Athena.

As she had done her entire career, Athena took the new, difficult, and fear-inducing unknown, joining Leanplum in March, 2019.