The value of asking questions, taking risks, and making mistakes 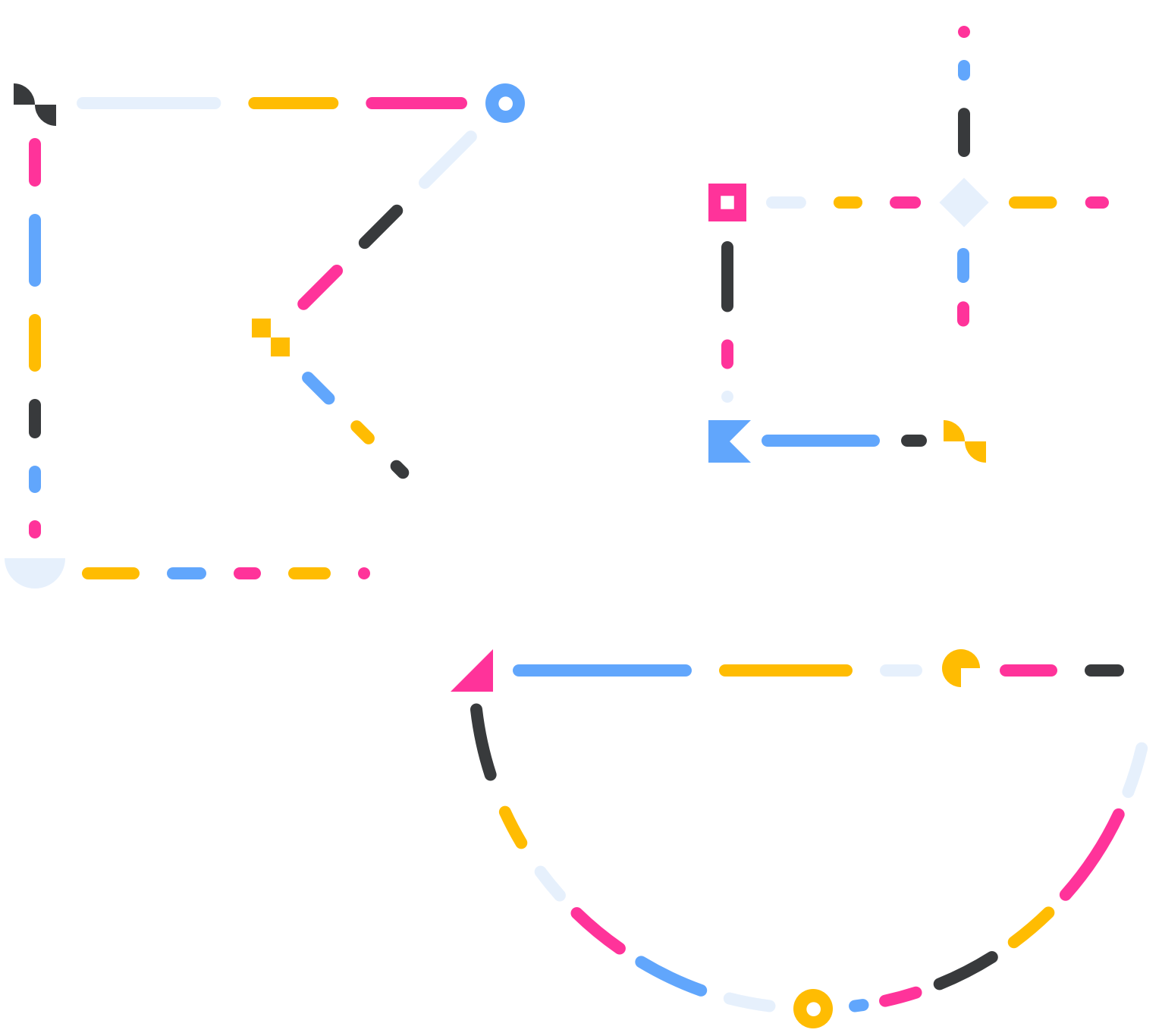 Anne Fleshman helps companies grow with scalable, repeatable, and compounding strategies. She is the VP of Marketing at Flowhub and a self-proclaimed marketing nerd.

In November 2016, Anne Fleshman was promoted to Director of Marketing for a San Francisco-based marketing automation platform called Autopilot. She had been with the company for nearly two years and was fresh off a successful run as Head of Demand Generation, having helped take Autopilot from beta to market and grow it from zero customers to more than 10,000 total users.

As Manager and then Senior Manager of Demand Gen, Anne had been an individual contributor, essentially operating as a department of one. Her promotion meant she would be taking over all of Autopilot's marketing operations and managing a team of 10. Her track record, she thought, spoke for itself, she believed in Autopilot and its product, and she was ready to take the reins and become a leader.

She knew she was ready because she'd tried it once before and it hadn't worked out.

The sudden leap into leadership

"I kind of jumped into management before I was ready," says Anne, now the Vice President of Marketing at Flowhub, a point-of-sale software company that serves the cannabis industry. "I made a ton of mistakes, I was learning not only management but I was learning marketing basically all at the same time. It wasn't the right fit for me, then. It was pretty humbling."

That experience came while at Work4, the first company she joined after graduating from the University of California at Berkeley. She started as an office manager and handled the young company's HR duties. As the company grew, she started taking on marketing projects and eventually transitioned to full member of the marketing team, working under a pair of VPs. Both of those executives departed after relatively short tenures. After the second VP left, Anne was asked to assume the leadership role, managing an eight-person team but without the title.

As it turned out, Anne was leading Work4's marketing department while its Parisian founder was winding down the company's U.S. operations and planning a relocation to France. Soon, Anne was left without a job, but she looked at it as an opportunity to take a step back and reset her career before it got too far off from where she wanted it to go.

"I still had so much to learn," she says. "I was still so green. I probably could've taken another management-type job, because my resume said I'd done it already." But she wanted to go back to being a doer — the role of an individual contributor appealed more to her after that first taste of management.

"I wanted to go somewhere where I could still make an impact and use the skills I'd learned, but also learn from a more experienced team and find the right mentors. Autopilot ended up giving me an awesome opportunity to do that. It was the smartest decision I could have made."

The marketing nerd gets on the team

A lot of marketers like to say they "stumbled into" marketing. It's a common refrain among marketing leaders — especially in the B2B software industry. They started on the product side, or their first job was in something entirely different, and for some reason or another, they found themselves in marketing. Not Anne. She knew from a very young age that she wanted to work in marketing. It was just a matter of getting there.

She grew up near Hill Air Force Base in Utah, where her high school offered vocational programs for people interested in all sorts of fields. At the time, she chose marketing mostly because her brother was enrolled in the same program. "I thought, 'oh well, all the cool kids seem to be in marketing,' so I just gravitated there without putting a whole lot of thought into it. But then I became a complete marketing nerd."

She took second place in a national honors competition for high school business students with a marketing project she did for a volunteer income tax filing site that she created with her classmates. And during her senior year, her mother decided to open a Korean restaurant near the Air Force base, with everyone in the family chipping in to help with the venture. Naturally, Anne volunteered to handle the restaurant's marketing.

"I wrote a business plan, I designed the menus, I identified our target market," she recalls, chuckling. "I basically decided I was the marketing director."

Anne had hoped to parlay her interest in marketing into a role with a nonprofit or NGO when she first graduated from UC Berkeley, but found the job market extremely tight. Her interest in tech startups came from her lack of interest in working in an entry-level position at a large corporation. Work4 became her first job out of college and very quickly she started sniffing around for marketing projects she could help with.

The company was in growth-mode at the time and had just hired a brand new VP of marketing. Anne took a liking to her and saw an in. "I just started volunteering myself," she says. "I'd say, 'Oh, you're running a webinar? Let me help with that! You're doing an event? You're writing an ebook? I'd love to work on that with you.'"

Soon, the experience Anne gained from working on those ad hoc projects made her an indispensable resource for Work4's marketing department. She asked her manager — who, at the time, was the CFO — if she could transition to marketing full-time. After a year of squeezing marketing projects into her free time, she was finally a full-time marketer.

Her first full-time role was in demand gen, running the company's marketing programs — webinars, events, ebooks — and she credits everything she learned to asking questions. "I encourage people on my team to 'always over-communicate,'" she says. "At the very least you're going to get the answer you need without spinning your wheels being afraid to ask. But a lot of times, you're going to be able to spark new ideas with that conversation."

Anne says she read marketing blogs religiously during this time and go see if her manager would let her try out ideas she read about on her projects. "I can remember reading about recycling content so you can get more out of it down the road," she says. "I asked 'how can we take this webinar content and leverage it so that it's not just a one-off thing?' I had a lot of freedom to try things out, like writing an article based on the webinar, publishing the transcript or making it a Q&A. That's one of the most important things I learned [at Work4]: there's definitely a science behind marketing — using analytics to make data-driven decisions are obviously a huge part of what we do — but there's also this very creative element where you can raise the bar with bold ideas and introduce something new. My managers there were very big on giving me the ownership to take risks and make mistakes."

And she made plenty. Anne is quick to tick off the number of times she fumbled the ball in those first couple of years. There was the time she lost an entire event booth in the mail. There were the flaky webinar speakers — for whom she was responsible — who never showed up. There were what she calls "oops emails" — the ones you wish you could pull back after hitting send. "I lost count of how many of those I had," she says. But with the support of her managers, she was able to shrug off her unforced errors and earn the confidence of the rest of the team. The key, she says, was focusing on "never making the same mistake twice."

It's a lesson she still uses today as a marketing leader. She's never forgotten the importance of learning from those mistakes, and she's happy to give members of her team the same freedom she had at Work4. Every new employee and freelancer Anne hires gets a copy of a document she calls, simply, "How to Work With Anne." In it, she implores her staff to "ask plenty of questions."

"If you stop asking questions," she writes, "I will see that as a red flag. This industry is complex and I can be most useful to you if you are proactive with your learning goals."

When to lead, when to do?

By the time she joined Autopilot in 2014, Anne says she felt like she'd been running in sand and had finally reached solid ground. Gone were the days of feeling like every project was a brand new experience. All of a sudden, she had her own expertise to bring to the table as a demand gen leader, and she was working with a larger marketing team that introduced her to other disciplines like product marketing, customer success and analytics.

Anne joined Autopilot when it was still in beta and helped fuel the company's rapid growth as she built up her own knowledge. After just a little over two years with the company, she was named Director of Marketing — a position that, this time, she felt more than ready to fill. Only now, she knew her role went beyond simple marketing know-how. Now Anne had to learn how to lead.

"I'm still figuring out how to be the best manager I can be," she says. "I'm still learning when to delegate and when to take something for myself. Some days, you still need to be an individual contributor, other days, you know your team is looking to you for guidance. Being a leader is knowing how to tell the difference."

In her case, Anne says she preaches constant communication to her team and uses that to guide how she approaches her role as a manager.

"Look, I'm always going to want to be in the trenches and focus on execution," she says. "Nobody wants to be in meetings. But what does 'getting it done' mean? Sometimes it means taking work that needs to be shipped and rolling up your sleeves to finish it. Sometimes it means doing a whole project yourself because you know how it needs to be done."

But other times, she adds, getting things done means giving feedback and gently pointing someone in the right direction, giving them the room to make the same kinds of mistakes she did.

"I recognize that I still have much to learn," Anne confesses in her "How to Work With Anne" guide. "Oftentimes the best learning is an outcome of taking risks and making mistakes on the job."

She laughs when she mentions that part of the doc.