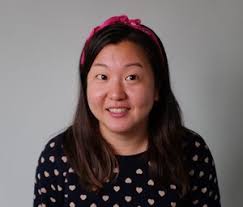 Alex Bates suffered sleepless nights, as he worked to keep up with thousands and thousands of leads.

You'd think that 10,000 leads a month couldn't be a bad thing, but it became a problem for Geckoboard’s SDR team of one (yep, Alex!). Simon Whittick, Geckoboard’s VP of marketing, was so effective at lead generation that he brought in that staggering number of prospects. As we explain in our book Data Driven Sales, Simon's marketing success overloaded Alex's sales plate.

All those leads ended up on Alex’s desk without many clues about who deserved a follow-up phone call. Alex worked nights and weekends to keep up, and sales efficiency plummeted as he wasted time on tire-kickers. He needed help to sort the wheat from the chaff.

That’s when lead scoring came to the rescue. Lead scoring uses models or machine learning to help sales and marketing teams identify the most promising leads, giving smaller teams the same horsepower of those ten times their size and helping larger teams run at optimum speeds.

Let’s look at some examples from Geckoboard and Heap to show how simple — or sophisticated — lead scoring models can be.

Lead scoring paves the way between sales and marketing

Many companies answer these questions by having sales reps manually evaluate every lead that comes in. But for your reps to make a big sales impact, you need an automated system to take care of the initial footwork.

An automated system can also be more accurate. Traditional models such as BANT (budget, authority, need, timing) require sales reps to rely on their own judgment and research. While this is more flexible than a mathematical model, it’s vulnerable to mistakes by less experienced reps or simple human error and slower with case-by-case assessments. Automated lead scoring removes these unknowns, speeds up evaluation, and picks up the slack when reps are stretched too thin.

But what are the models based on? Automated lead scoring can use any number of a lead’s characteristics, including firmographic, demographic, and behavioral data (from your website or product trial), and even positive interactions with your sales team. It can reflect an extremely rich and changing ideal customer profile, with hundreds of data points.

This is a lot to keep track of, but technology makes it easier. Clearbit provides over 100 firmographic and demographic data points to feed scores, while predictive lead scoring tools like MadKudu can help you distill tons of information into one clean score.

If you’re just starting out, keep it simple by evaluating just a few data points — it can still make a huge difference in your sales team productivity. Here are a few common points to start with:

Reduce complexity even more by using a simple “bucketing” method. Rather than scoring leads with arbitrary numbers like “57” or “76,” use scores to drop leads into corresponding priority buckets. With three or four clear labels, such as High/Medium/Low Priority, reps can organize their day with clarity.

You can set up these simple lead scoring rules right in Salesforce. For a walkthrough (with screenshots) of how this works, check out Lead Scoring and Qualification in Salesforce.

Here’s an example of how analytics company Heap set up an early scoring model in Salesforce with Clearbit to prioritize sales attention when they were inundated with leads.

When a lead submitted their email address on Heap’s form, Clearbit enriched and appended firmographic data, including employee count and industry, into Salesforce. So if the lead fell within Heap’s target-size band and also belonged to a target industry, it went into the High Priority bucket.

Their Salesforce interface showed each unique lead with a “Priority” column that let reps sort prospects:

This early system involved just two data points, but it made a big difference.

In a preliminary version, they found that the scoring and prioritization results could be too binary — a lead was either in if they hit a 100-employee threshold or they were out. That didn’t reflect the fact that, to Geckoboard, a 500-employee company was more valuable than a 200-employee company. Or that a 80-employee company could very well be a great lead. 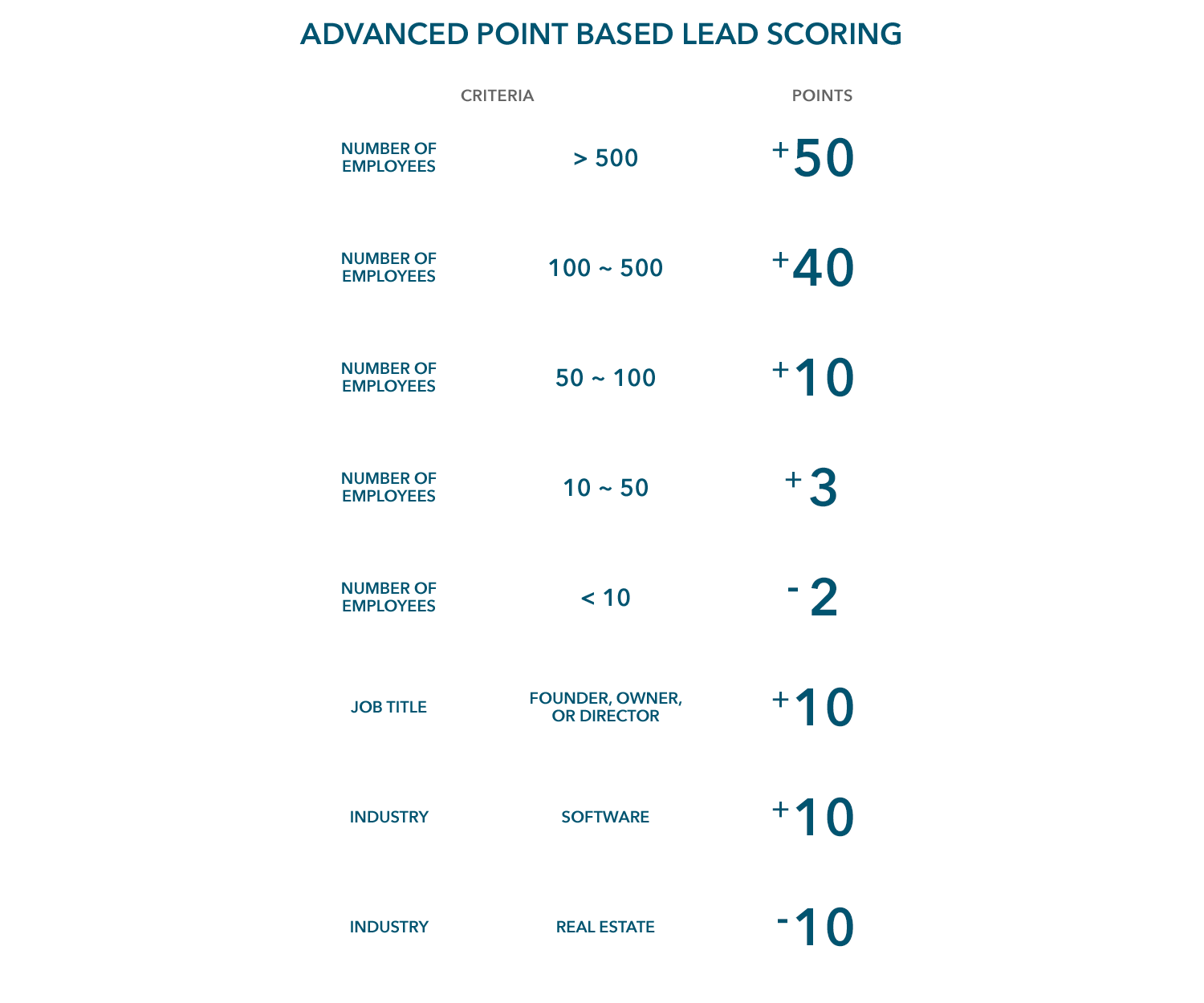 The algorithm was powered by MadKudu, which crunched the Clearbit data and produced a score that ultimately dropped a lead into one of the four priority buckets. This automated prioritization helped Geckoboard quickly assess a large number of incoming leads and more effectively predict which leads would convert.

Based on this early success, Geckoboard continued to improve the scoring model: they incorporated in-app behavioral data from their free trial to predict lead conversion, and they began to take into account churn and LTV. They also detected and excluded false positives that threw the model off (students, fake signups, and super-traditional companies).

Today, Geckoboard can predict 80% of their conversions from just 12% of their signups, helping Alex focus his energy on the right leads.

Lead scoring should happen quickly, so that sales teams can reach out right after they get an inbound contact, when a lead is most interested. Manual scoring is typically done in batches, so identifying a fantastic prospect can take hours or even days — and at that point, the best window of opportunity could’ve shut.

New technology makes it possible to score leads automatically, so reps know whether or not to engage with a lead as soon as they hear about them. Geckoboard applied this idea as early as the signup form — beginning to score leads with just an email address while the lead was filling their form out.

When a lead entered their email for a free 30-day trial, Clearbit enriched with the corresponding company’s data and MadKudu automatically scored the lead on the backend. If the score put the visitor in a high-priority bucket, the next form field would ask for a phone number and offer a “free onboarding consultation.” If the score was low, the next form field didn’t ask for a phone number, and the lead was routed into a low-touch email nurture campaign.

This intercepted great leads earlier in the funnel so they’d get attention sooner. And think of Alex Bates: he had a significant reduction in the number of calls per day, he knew which ones to act on immediately, and he got his nights and weekends back.

Lead scoring is the data-driven answer to the quintessential sales question: who should I talk to right now? Lead gen marketing teams get to drive as much traffic without overwhelming sales, and sales teams have a more reliable and instant way of identifying high-value prospects.

In this way, smaller companies can create more economic value than much larger ones. And no machine-learning PhD is required; once you make them talk to one another, today’s technologies do it all for you.

Learn about Clearbit Enrichment or sign up to try it yourself.

Mastering speed to lead for B2B starts with a well-designed system. Learn why speed closes leads, what's getting in your way, and how to rev up the buying experience.

How to automate lead routing to improve speed to lead

Automating your lead routing system can reduce your response time by cutting out manual research and matching leads to the right sales rep.