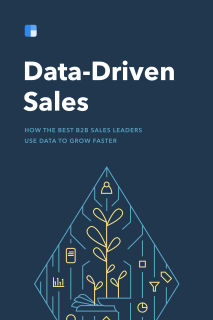 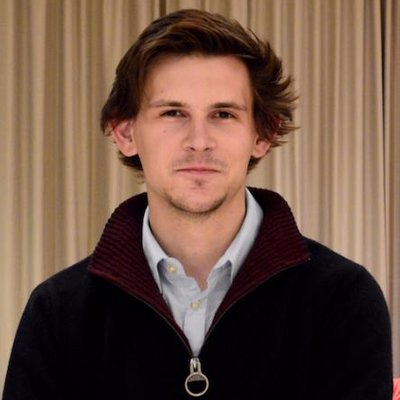 When Emmanuelle Skala started her new job as the VP of Sales and Customer Success at DigitalOcean, she couldn’t help but remark at what a rare company she had joined. For more than a decade she’d been a part of fast-growth companies. But all of them had relied on large sales teams and expensive marketing budgets to fuel that growth. The five-year-old cloud computing company was an exception. They’d landed more than 500,000 customers, hired hundreds of employees, and raised $300 million in funding—all without a sales team.

Spend enough time in the technology industry and you’ll realize what an echo chamber it is. The same buzzwords are thrown around day after day at conferences hosted in the same event centers that are populated by people that all look more or less the same. Naturally, companies employ many of the same strategies for growth, and this makes Digital­Ocean’s success all the more surprising. But it didn’t prevent the team from eventually having to hire a sales team to “go bring in new logos.” At some point, even companies that do manage to build a Field of Dreams have to go out and find new customers on the path to IPO.

With three previous VP of Sales positions under her belt, Skala was well acquainted with the challenges of building and scaling a team. Unlike the previous companies where she’d worked, many of DigitalOcean’s customers were self-service, and primarily engineers. It became immediately clear that hiring a team of SDRs and setting them loose was going to hurt their brand and their relationship with potential high-value prospects. 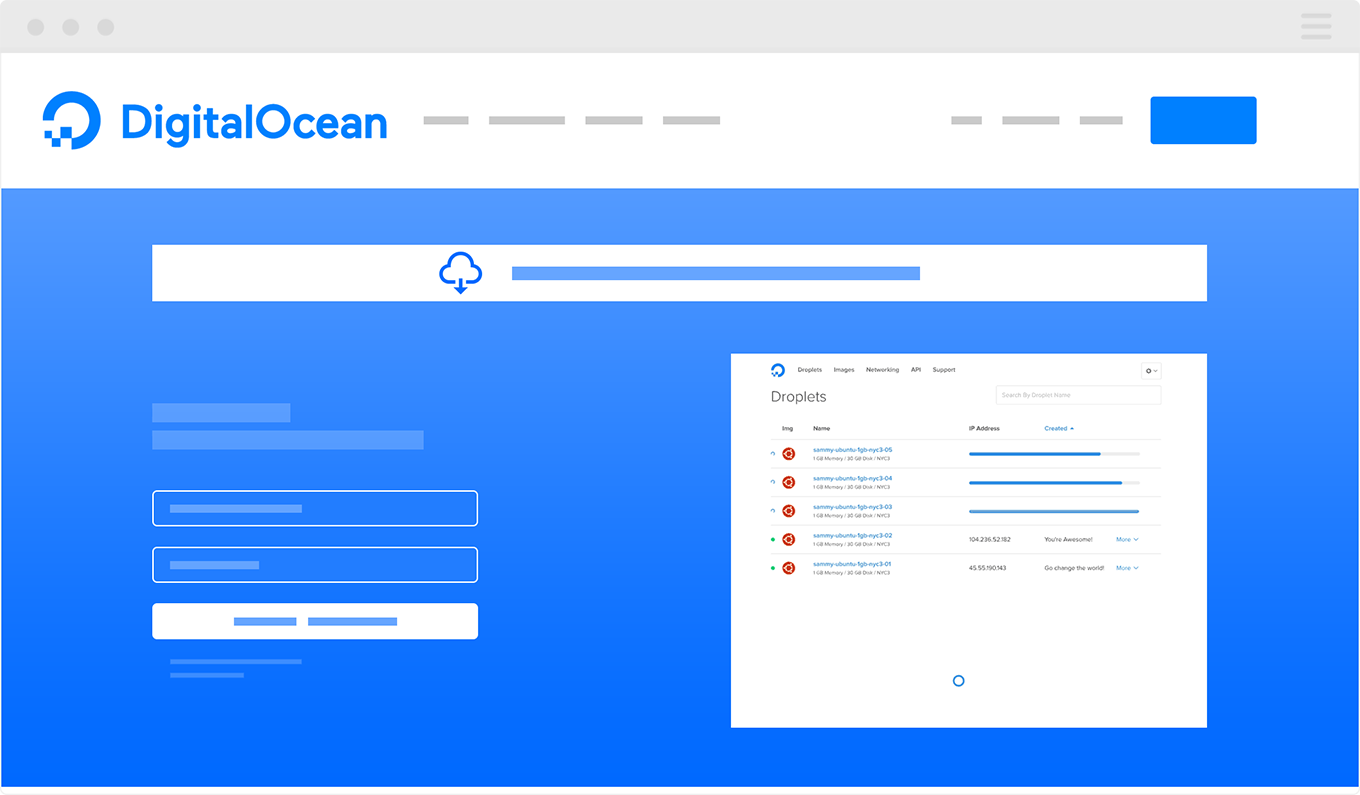 However, DigitalOcean did have a unique advantage. When Skala joined, there were millions of members in their community and more than 500,000 active customers. Instead of building out an SDR team and executing an outbound strategy, Emmanuelle decided to look at capturing more value from the existing signups and potential customers.

“We said we shouldn’t be going outbound. We have incredible brand equity among developers and just need to educate them a bit more,” she said.

She told the sales team to switch their focus from cold-calling prospects to reaching out to existing customers who trusted DigitalOcean. They ran into problems with this too, though. Like most B2B companies we work with at Hull, their customer data was siloed and scattered. The sales team wasn’t sure who at a given company they should be reaching out to and what made a qualified lead. And all the valuable data was stuck in analytics tools and backend databases, not packaged up and synced to the CRMs that the sales team used. 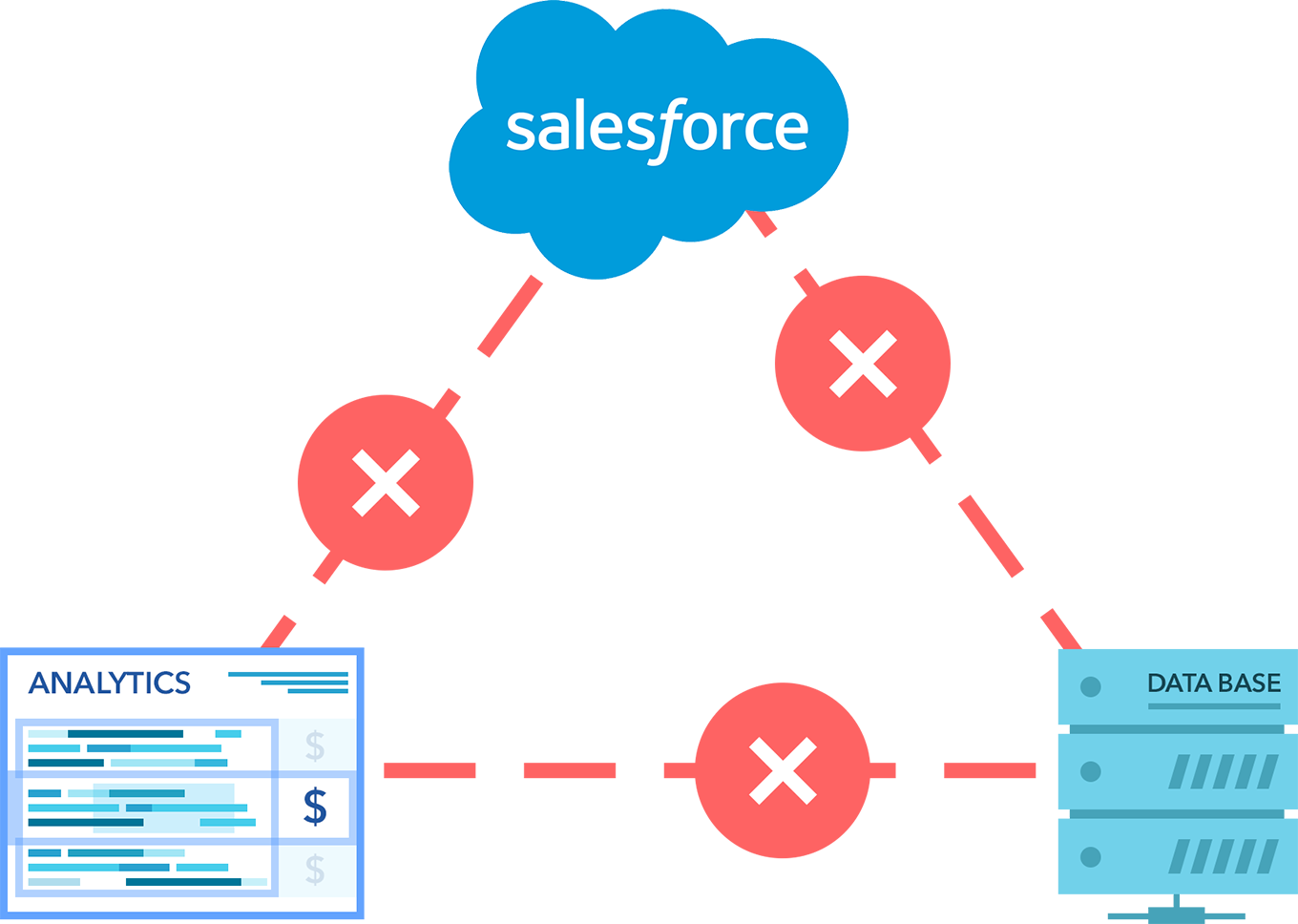 It was at this point that Emmanuelle linked up with DigitalOcean’s Growth and Demand Generation Manager, David Dorman. To determine which customers and leads to contact first, Emmanuelle suggested they take a two-pronged approach. First, she tasked DigitalOcean’s internal team of data scientists with the job of doing some sales analysis and finding correlations and actions among existing customers that could indicate growth. At the same time, she also tasked an outside team of consultants with the same data and challenge. Her goal was to verify and test different models against each other to find the winning combination. Naturally, the two teams developed different hypotheses as to what might drive growth within accounts.

The external team of consultants focused on team size. Similar to Dropbox and their move into enterprise, the external consultants used account data together with third-party enrichment data (like Clearbit) to look for customers who worked at large companies with many employees. Thanks to the self-service product, there would sometimes be multiple accounts from the same company, too.

DigitalOcean’s internal team started with a similar approach. Using enrichment data, they could append business data to each email and account (even with many Gmail addresses) to understand whether they were business users. For those that appeared to be organizations, they took it further and focused on product usage.

“We used Segment, and a suite of connected tools, to better understand patterns of usage. A lot of it was very specific to DigitalOcean-type usage,” she told me.

Their team could look at product usage, including what products were being used, their capabilities, any team features, and billing settings. Furthermore, they could see the volume of usage, including any significant spikes, which tended to indicate testing.

By using firmographic data, to ensure that they were talking to real businesses, together with the product usage data, which indicated a “real-life” intent to build something with high value (like team features and testing a load balancer), they could cue in their sales team to the right accounts. Combining the data led to a much closer correlation with higher value accounts than the external consultants’ model.

However, statistical models don’t close deals. To turn the model into a useful tool for sales, they needed to identify sales triggers in product usage that were tracked and recorded in their analytics software. Then they needed to package up those events to sync reliably in a format that was native and useful to their CRM. Without this, the data would be inaccessible to sales.

Skala knew from previous experience that content was the key to closing deals. “Once you have all this rich, contextual data, your outreach is really only as good as your content. It’s not okay just to say, ‘We noticed X, let’s have a call,’ especially with the audience we’re serving,” she said.

DigitalOcean’s ideal customer is a developer, and that audience tends to be sales-averse. “Because we sell to developers and because we’re self-service, there’s always been a high reluctance to communicate with customers other than about things that are absolutely necessary,” she said.

The challenge was aligning messaging and outreach with the customer’s journey and what they wanted to hear. The generic, “send-to-all” sales and marketing campaigns were not tolerated by their technical audience. That’s why they turned to technical how-to content, which was found to be useful when the outreach happened at the right time.

“It’s generally pretty technical how-to content that works well with our audience. It’s more like, ‘Hey, we noticed ABC about your usage, here’s a great piece of content on how to better implement a certain technology or integrate with something or take advantage or set up something.’ It’s not marketing content,” she said.

By using the sales triggers that their data science team uncovered—and working with Dorman’s team to sync them to the CRM—the sales team was able to send the right content at the perfect time. As a result, it positioned the sales team and DigitalOcean as a helpful resource, not an annoying burden in their customer’s inbox. They knew who to talk to, what to say, and when to say it.

“Now that we have been mining all this data and are starting to correlate it, the appetite among the team to actually do this has changed dramatically because there’s a realization that the messages can be very targeted and can be very helpful and don’t have to appear to be marketing-y or sales-y,” she said.

Testing the model with a sales A/B test

As was the case when they first created their model, Emmanuelle wanted to learn whether the new sales outreach was truly effective. To do this, she created an A/B test. Of the eligible users, 80% were divided up among the sales team for outreach and 20% were held back as a control group. The inside sales team then used these pre-prepared lists to send their messages. 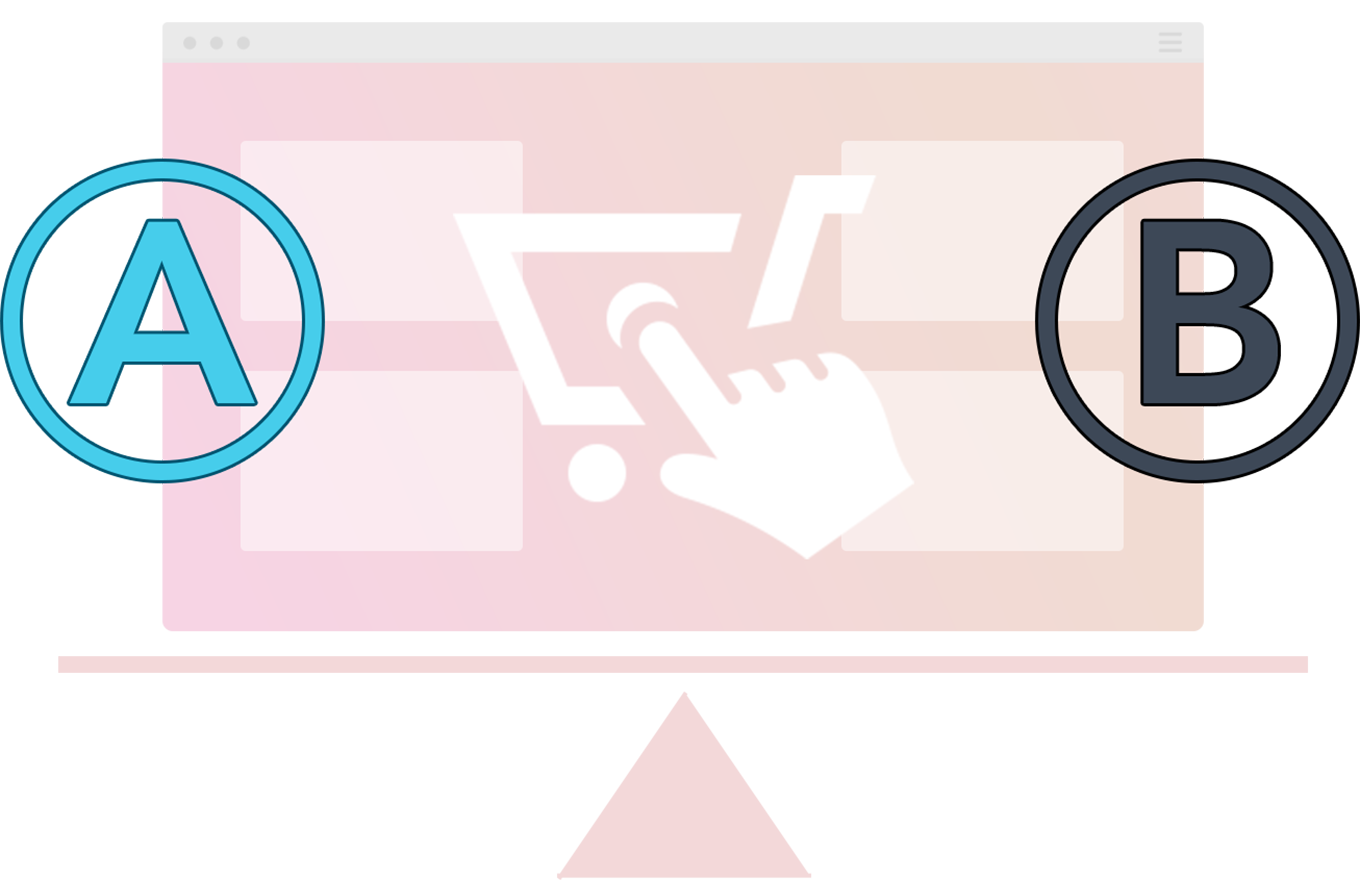 What they found was that the accounts who received proactive outreach to offer a consultative conversation were twice as likely to expand their usage above a specified threshold. In turn, setting these customers up for success led to a 30% increase in account value compared to those who received no outreach.

Curiously, the middle cohort who received outreach, but did not respond, also saw an increase in usage. 50% of those accounts found an increase in product usage too. 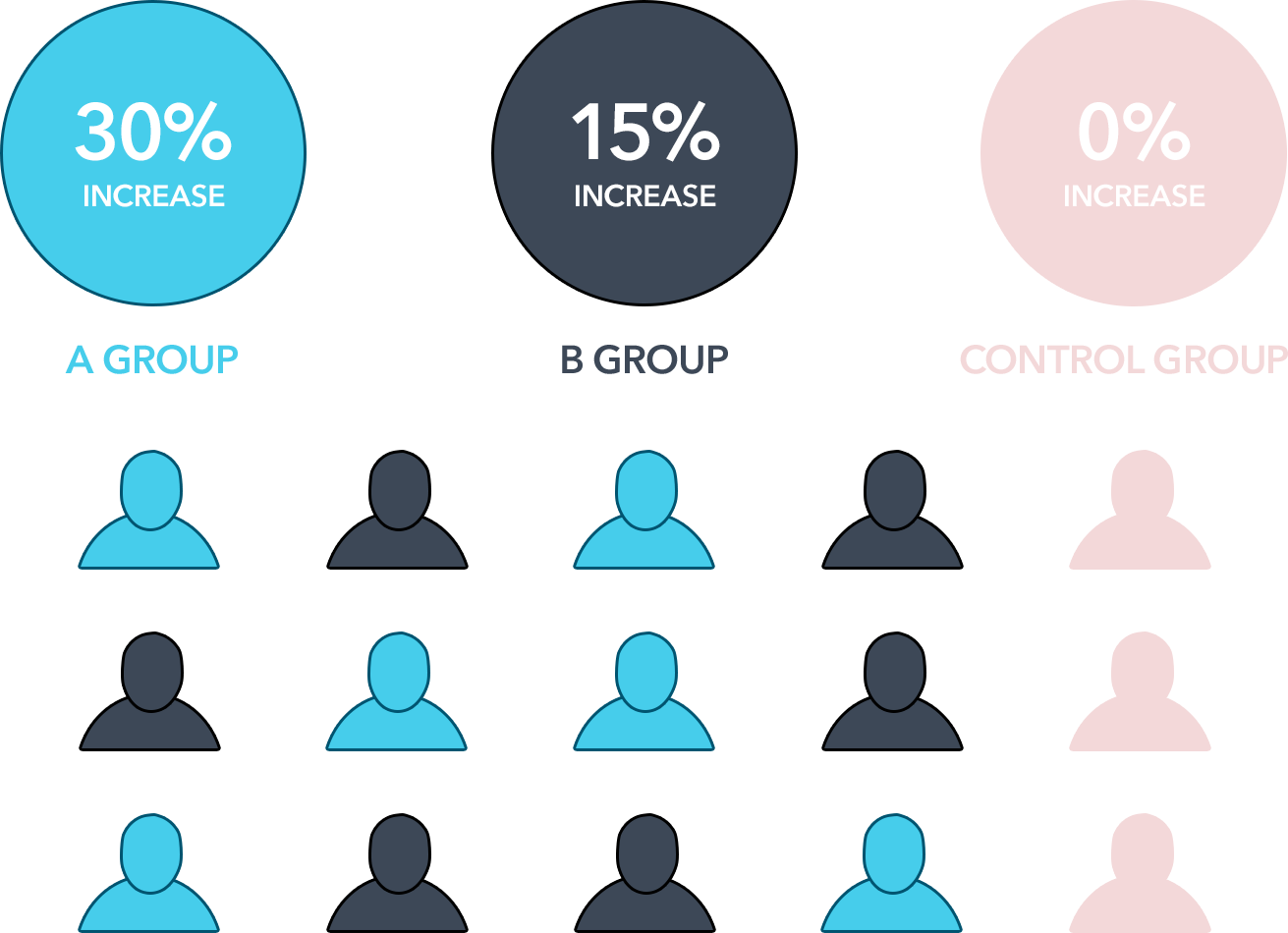 “Sometimes salespeople are too focused on the ask being a meeting,” she said. Later she told me that even the leads who didn’t respond or take a call saw a significant increase in spend. This encouraged their sales team to be more and more engaged with the outbound sales effort. By using specific trigger events from product usage as a conversation opener—paired with the right content—they were given the perfect opportunity to do that.

“You don’t have to just always go for the meeting, as long as you have really interesting, relevant content to send, and then it will improve results. Partner with the content team and make sure it’s an integrative strategy.”

With this strategy firing, they implemented a similar strategy with their account management team. Previously, DigitalOcean only contacted an account if there was an open ticket. Seeing the success of their proactive outreach strategy on the sales team, they decided to run the same test. Once again, account managers were assigned to customers to proactively reach out, with a proportion held back as a control group.

DigitalOcean found that revenue churn among accounts was half that of the test group (with proactive outreach) compared to no outreach at all.

“It just put the nail in the coffin and everybody realized that, ‘Okay, yeah, this works’ as long as you’re contextual and as long as you’re relevant. That spurred us on into diving deeper and finding more and more triggers,” she said.

Sales can continue to grow by finding new triggers

With more specific triggers, sales had more conversation openers with which to build relationships and grow accounts.

If a lead looked exactly like 10 others that had closed quickly, then it might get a 25% probability.

"Since then, we’ve launched, I think, three more PQL types and even just yesterday at our Hack-A-Thon, some of the data science team has been working on this and just hacked together a whole new series of data that now we can start using,” she said.

More importantly, DigitalOcean’s team is looking at using the triggers and highly relevant messages elsewhere to deliver helpful content to the right people at the right time. They know WHO they’re talking to, WHAT to say, WHEN to say it, and now WHERE they can message. “At this point, everyone’s pretty convinced that it works and we’re even finding other use cases like in-app messaging and chat to create new sales opportunities,” she said.

Compared to the traditional spray and pray method, DigitalOcean found a way to increase revenue without annoying the community that helped them get to where they are. Rather than employing more people and seeing diminishing returns with each hire, they are orchestrating their existing data to work with a small sales team to speed up their revenue growth.

“The appetite for even doing this kind of stuff has changed. Now there’s no longer any pushback to doing this. Overall, the company is much more aligned toward even allowing for these things to happen because of the fact that they’re contextual and relevant.”

DigitalOcean has the luxury of a technical growth team and the enormous customer base to analyze data, build predictive models, and draw statistical insight. But smaller, less-technical teams can do this too!

Learn how the (20-person) Appcues team was able to find their its own sales triggers—without a data science team.