How Gorgias built a $2M paid strategy in less than a year, hyper-targeting Shopify merchants 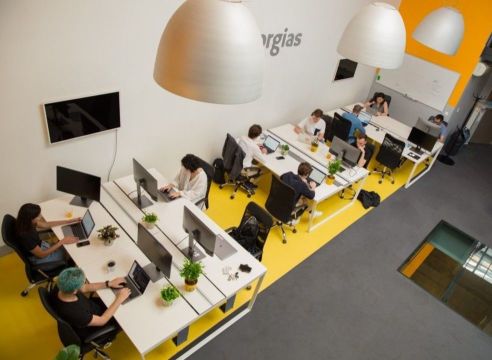 Gorgias is an ecommerce helpdesk that lets Shopify and other online merchants provide exceptional customer support. Over 7,200 direct-to-consumer brands use Gorgias to delight their customers, grow revenue, and build their reputation.

When Growth Lead Maxime Sutra first joined Gorgias, their paid efforts were barely generating any recurring revenue at all. In just 11 months, Maxime built up paid channels a whopping 3233% to produce $2M ARR, with Facebook ads kickstarting and contributing a big portion of this growth.

The difference between this success and Gorgias's earlier attempts at Facebook ads: better customer targeting. Their audience is notoriously difficult to pinpoint on paid channels. Merchants on Shopify and other e-commerce platforms often don't make it onto the radar of most data providers, and only a subset of employees — founders and customer support employees — are target buyers.

So Gorgias's social ads initially had to cast a wide net to catch the right companies and people, and this drove up cost, prevented personalization, and made the channel unsustainable.

Today, Maxime gets excellent ROI from paid ads on Facebook and other social platforms because he uses tools like Clearbit Advertising to build hyper-targeted audiences who can then receive incredible personalized ad campaigns.

Here's a peek into Maxime's social advertising program, as well as the internal growth engine Gorgias built to understand their total addressable market (TAM) and market to it at scale.

Running cost-efficient B2B advertising on Facebook has been impossible for the past 10 years. Now, it’s possible. If you want to target specific industries and roles, use Clearbit. You can focus your time on building your message and creatives instead of building the audience. 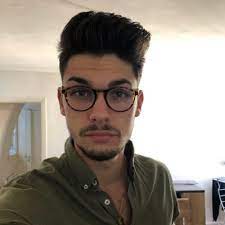 Gorgias first tried building Facebook advertising audiences with the platform’s built-in targeting options. But these campaigns fell short, with limited reach (due to ineffective lookalikes and low match rates on custom audiences), high cost per click, and low conversions on the Gorgias website.

Maxime started building audiences that sync directly and dynamically into Facebook with Clearbit Advertising. He says, "From the moment Clearbit gave me this weapon, I've been able to generate a lot of opportunities from Facebook." Growth was efficient immediately, generating nearly $200k in ARR in the first two quarters of using the tool.

Maxime’s Clearbit audiences target e-commerce merchants — based on whether they use specific e-commerce platforms like Shopify, BigCommerce, or Magento — and the right employee roles. He could even build segments using attributes, like retailer size and industry — or even dynamic data directly from their CRM.

Advertising to these hyper-specific segments is more cost-efficient — no money wasted on serving ads to poor-fit leads. But they also have the potential to convert better, because personalization is possible. Maxime serves different messages to different groups of people, giving them ads and landing pages that speak to their unique needs. 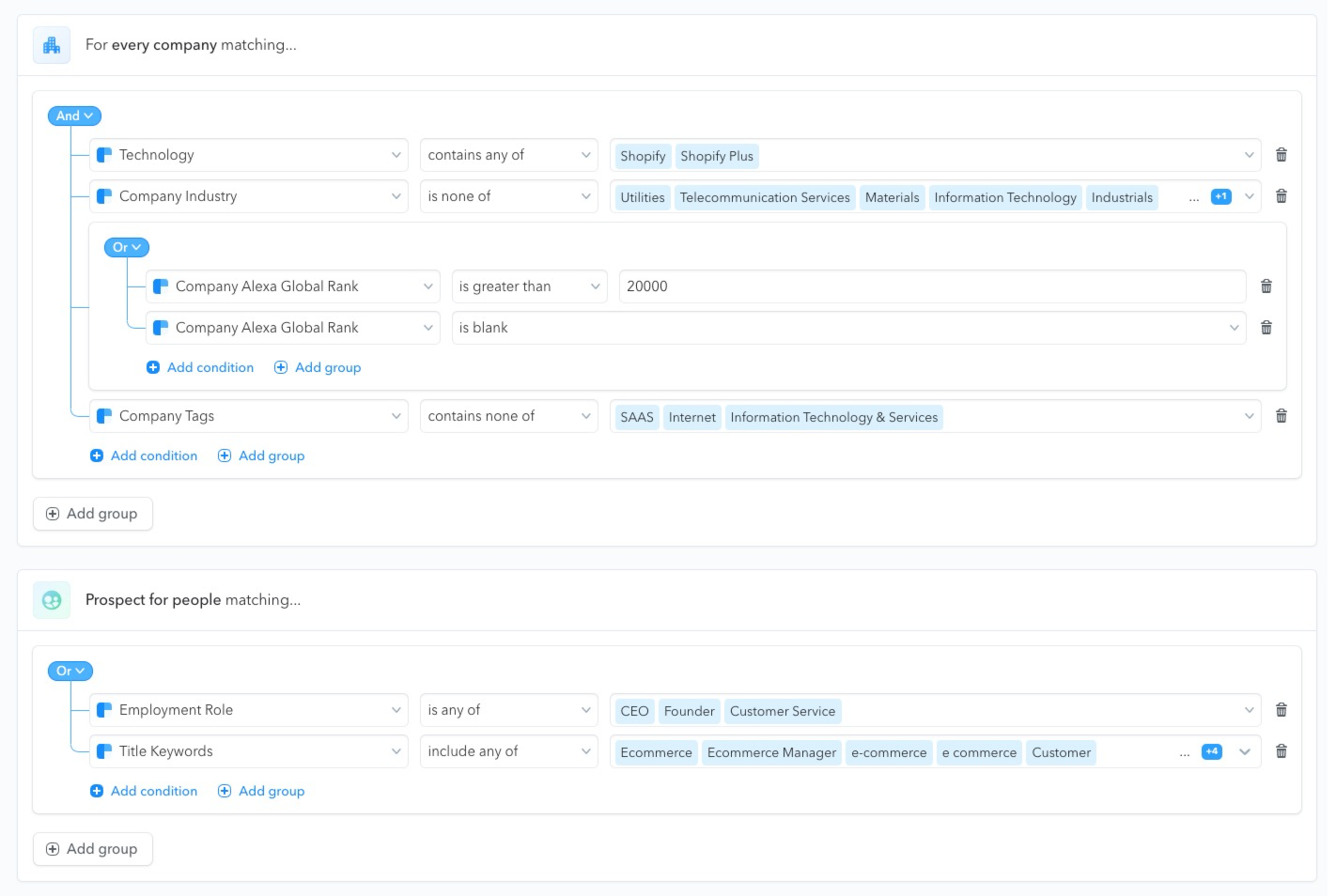 
"If you want to target specific industries and roles, use Clearbit," says Maxime. "You can focus your time on building your message and creatives instead of building the audience. Clearbit's UI is super, and it's easy to build segments."

The focus to create campaigns that convert

Maxime and his team flex their creative muscles and design campaigns that really convert, testing personalization based on industry, role, and retargeting website visitors. They also developed campaigns that push different types of leads down different buyer’s journeys, like a free product trial versus a sales demo.

One of the most effective tests was a buyback campaign that offered to buy out a lead's contract with a Gorgias competitor. Maxime built audiences of people who used a specific competitor, and served them ads that compared the service with Gorgias, highlighting common pains and giving specific reasons why the lead should switch their helpdesk solution. It's one of the most successful demand gen campaigns they've run to date. 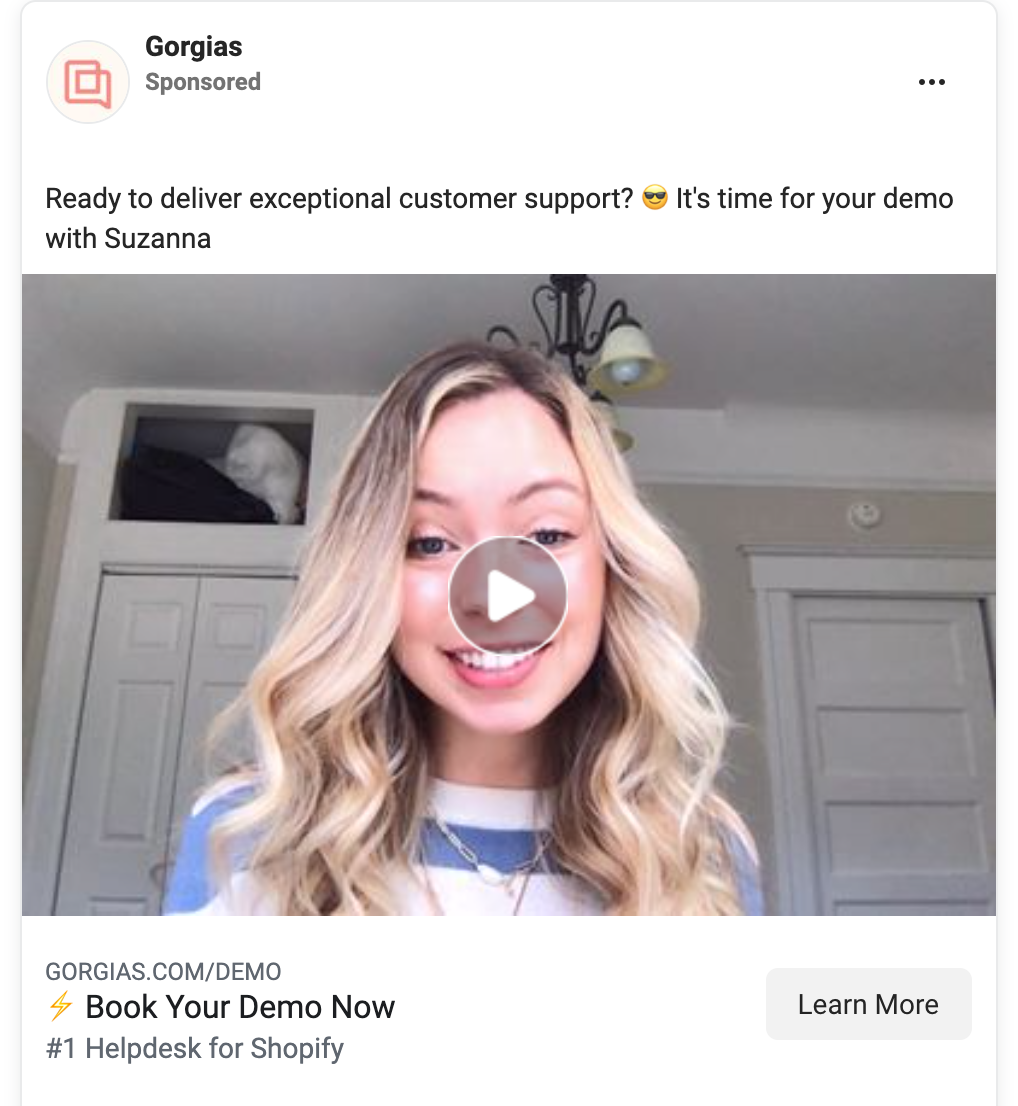 
Another effective Facebook campaign used targeted video ads. Gorgias’s AEs and CSMs recorded 20-second videos that gave one reason why people should book a demo with them. These ads focused on raising awareness about pains to generate a market for a solution like Gorgias.

"Clearbit makes Facebook a sustainable channel," says Maxime. "If you're B2B, you need to focus on specific personas and firmographic criteria, which Facebook usually can’t help you target. It's limited and not accurate enough, even if you're using its marketing API. That's why Clearbit is so powerful. You can ask it to build you a segment of people who work for a Shopify store, in certain roles, and who use your competitor’s software."

A growth engine that knows its customers well

Facebook ads are just one part of Gorgias's internal growth engine, a sophisticated system that uses many data sources to help Gorgias understand its TAM and convert it at scale with personalized marketing. (p.s. Their growth team is currently hiring to run this engine!)

It starts with a well-defined TAM in Gorgias's data warehouse — a full list of millions of e-commerce businesses they want to target. The next step is to find the right buyers at those companies. An in-house waterfall function can produce the three main decision-makers at a company who are most likely to be in charge of purchasing Gorgias’s product, along with their contact information, like full name, job title, seniority, email, and phone numbers. Clearbit Enrichment, Prospector, and Reveal are part of the stack that makes this happen.

There’s also the matter of when to reach out to these leads, and what message to serve. A signals system built by the Growth Marketing team (using a combination of scripts, dynamic scraping, and data providers) monitors around 30 data points on all companies in their TAM, aggregated in their data warehouse. Examples of static signals are firmographic data points like industry and number of employees. Dynamic signals include information like new job openings, trials started with a competitor, and positive or negative reviews on a site like G2.

These signals help Maxime and his team know who to reach out to, when, and how to personalize — at scale. Maxime says, "We're contacting around 15,000 companies a month over email, and 70% of people we reach are getting personalized, unique emails." This type of fine personalization has also been very efficient on LinkedIn, where they run conversational ads with messages similar to the Facebook buyback campaign.

Clearbit makes Facebook a sustainable channel. If you’re B2B, you need to focus on specific personas and firmographic criteria, which Facebook usually can’t help you target. That’s why Clearbit is so powerful.

Gorgias has reached the marketing Shangri-La: they know exactly who their audience is, where they are, which people are decision-makers, and what to say to them. Knowing an audience that well isn't possible without good data. Gorgias uses Clearbit across their growth stack to run paid campaigns that produce results and millions in ARR.

And they know what works, thanks to Gorgias's multi-touch attribution model, built in Dreamdata. Gorgias also uses an internal formula to calculate predicted revenue from deals attributed to paid efforts. "We can calculate the real ROI on our campaigns," Maxime explains, so his core KPIs focus on pipeline and predicted revenue rather than lead volume. With this accountability, Gorgias crafts campaigns that drive pipeline efficiently, and can constantly optimize their performance.

Data gives Maxime and his team the foundation to try fun projects that actually resonate with leads. "Marketers look for growth strategies in articles and Slack channels," he says, "but they'll never find an article that lays out their exact path to scale. The real role of a growth marketer is to understand how to interact with their specific audience. What are they paying? How do we deliver a message to them? How can we improve that message to spark their interest? That's the only thing that matters."

Target a specific, hard-to-reach market of Shopify and e-commerce merchants and the right stakeholders for demand gen campaigns.

See how the world's fastest-growing companies use Clearbit to power efficient revenue engines.